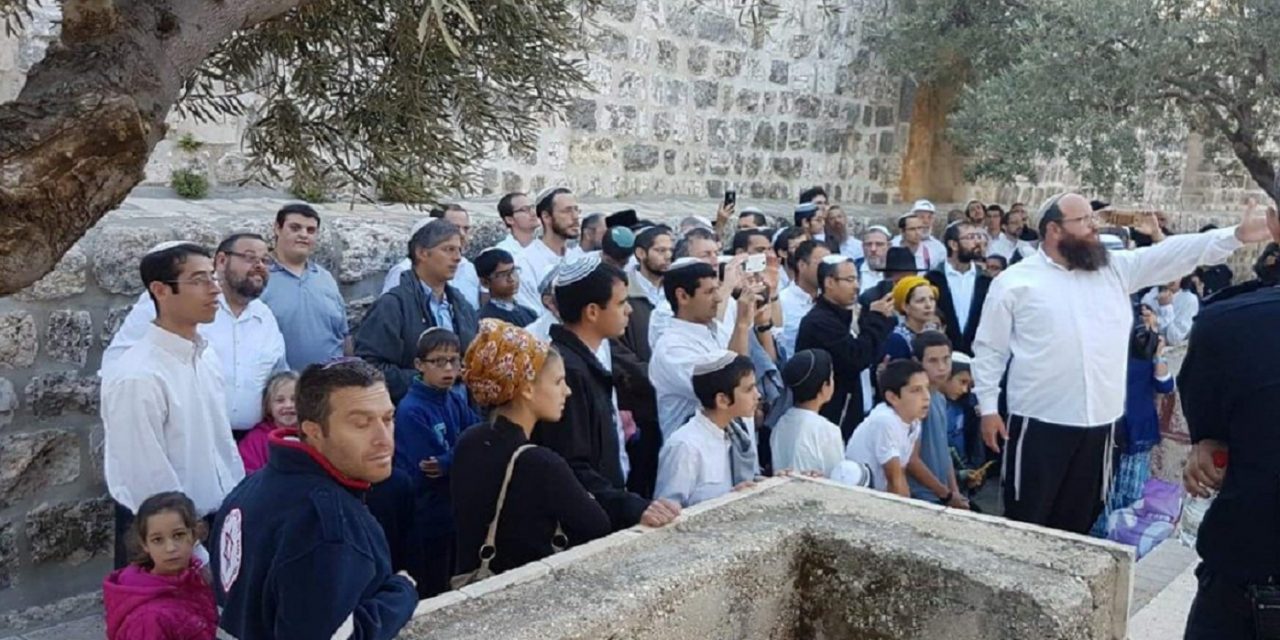 Jordan on Thursday condemned the influx of Jewish visitors to the Temple Mount over the week-long festival of Sukkot, describing it as “the storming of Al-Aqsa Mosque by settlers and Jewish extremists,” and slamming “irresponsible” Israel for permitting them entry to the compound.

Likud MK Yehudah Glick, a former Temple Mount activist, tweeted on Thursday that 2,265 Jews visited the Temple Mount, the holiest site in Judaism, over the festival — a 40 percent increase over the 1,611 visitors the year before.

There were no reports of disturbances during any of the visits.

He described the visits as “the storming of Al-Aqsa Mosque by settlers and Jewish extremists,” and urged Israel to put an end to such “provocative” acts.

“Such behaviors harm relations between the two countries and undermine efforts to ease tension and preserve the historical and legal status of Al-Aqsa Mosque/Haram Al Sharif,” he said, adding that allowing Jews to visit the site also undermines the possibility of Israeli-Palestinian peace talks.