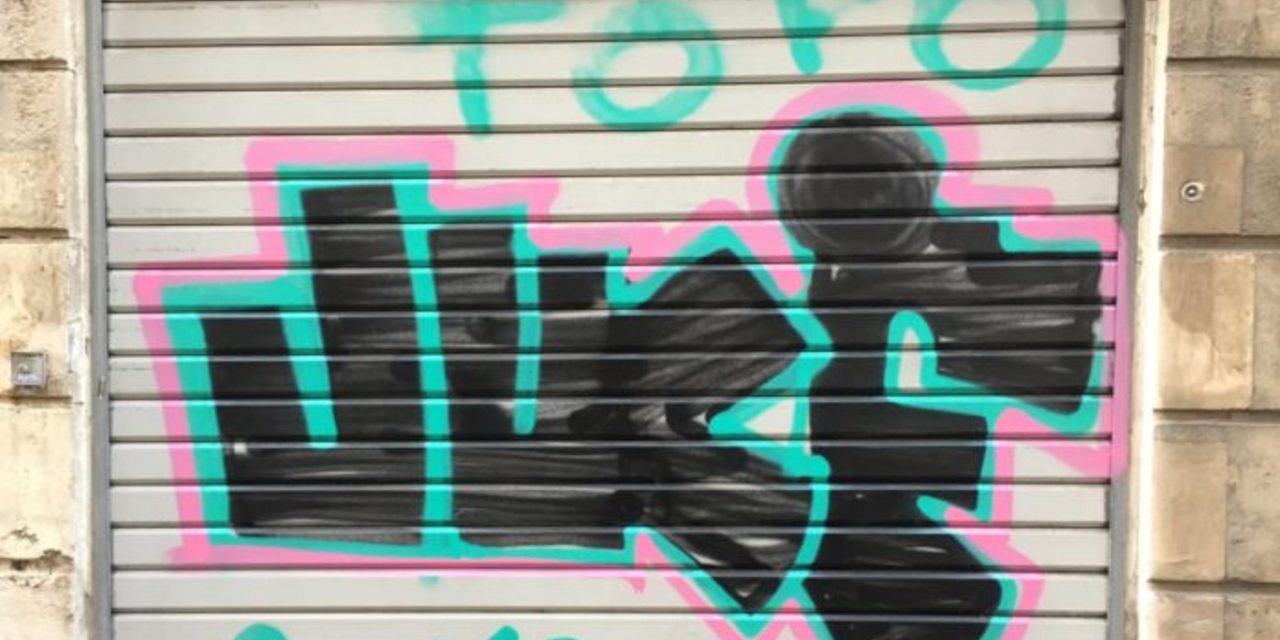 The word “Jew” was scrawled on a number of Jewish owned shops and garages during the night in the southern city of Marseilles.

A police investigation has been launched into the incidents.

On Friday night between Saturday and Sunday, a series of graffiti was found alongside the Roux-de-Brignoles street in the sixth district. The word “Jew” was written on walls and stores.

These stores were not randomly selected, according to representatives of the Jewish community in Marseilles, who are convinced of the anti-Semitic character of the graffiti. “The shops and shop windows chosen belong to the community” said David Assado, head of a synagogue in this part of the city. According to his conclusions, the first graffiti was spray painted the night before near the C2 hotel, up the street.

“In addition to the feeling of insecurity, what bothers me is the fact that the places were located and selected before doing the acts in the middle of the night” said David Assado. In response, one of the shop-owners, whose graffiti was recorded in front of his shop, filed yesterday a complaint about vandalism. David Assado himself plans to file a complaint about antisemitism in the hope of increasing police patrols in this area, where no incidents have yet been carried out.