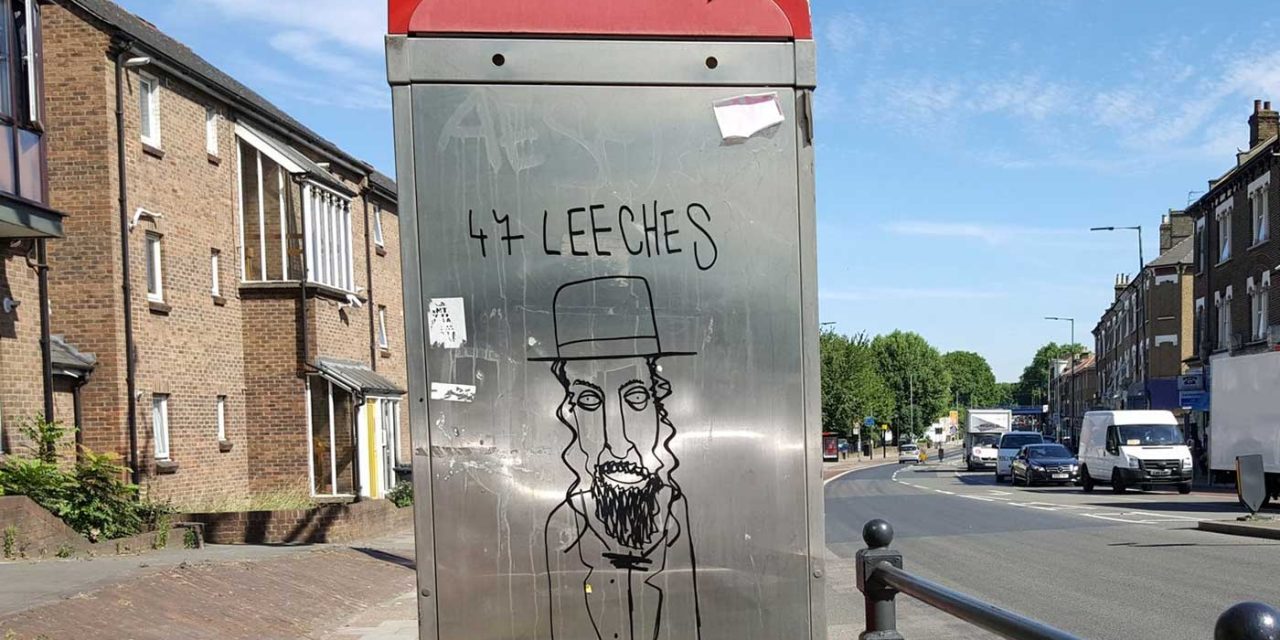 A phone box in Tottenham has been daubed with anti-Semitic graffiti referring to Jews as “leeches”.

The phone box in South Tottenham, an area known for its large Jewish population, has been daubed with a picture of an Orthodox Jewish man with the number “47” and the word “leeches”.

The number 47 is often used in certain anti-Semitic circles in reference to a swastika, where the ‘4’ and ‘7’ are placed to look like an abstract swastika or a wolfsangel, both symbols that were used by the Nazis. The word “leeches” is often used by some anti-Semites to describe Jews.

The graffiti was discovered at the end of last week by Shomrim, the Jewish neighbourhood watch of North East London, and was reported to police.

Graffiti on a phone box depicting Jews as "Leeches" (a term used by anti-Semites). The number "47" is a code for a modern Swastika variant pic.twitter.com/zIhzRXFSdN