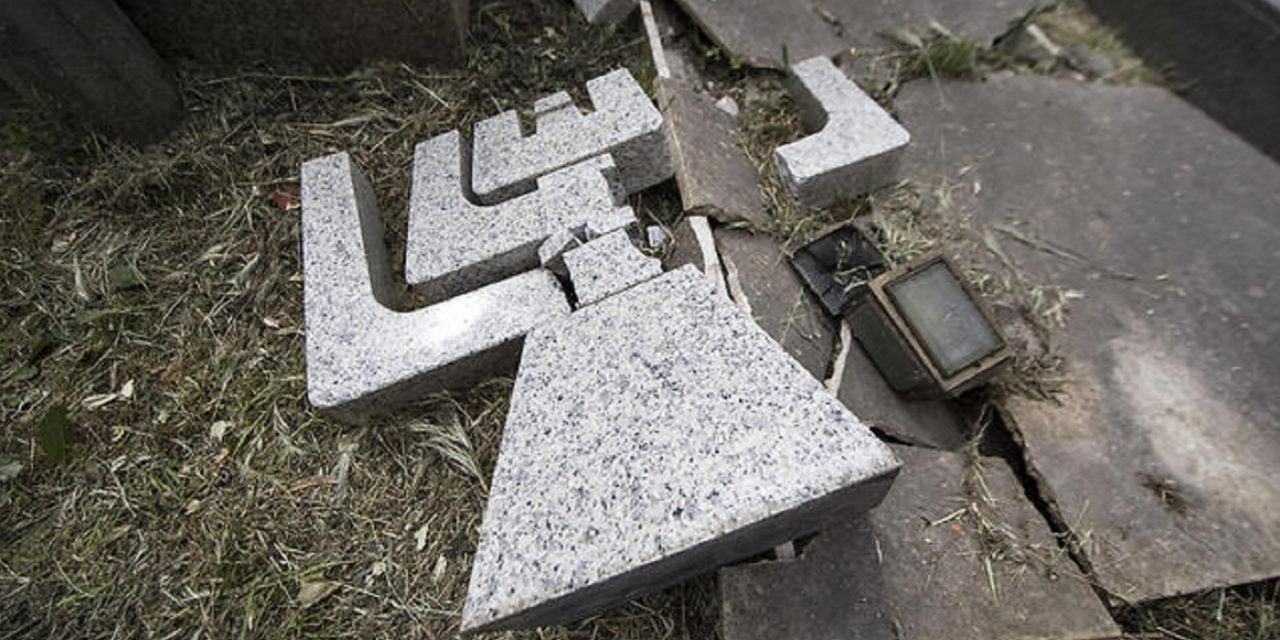 Unidentified individuals damaged dozens of gravestones and memorials in both the Catholic and Jewish sections of one of Rome’s main cemeteries.

According to Italian media, the damage was discovered Friday morning during an inspection before the Verano cemetery opened.

The culprits smashed or toppled crosses as well as Stars of David and damaged headstones, tombs, vases and memorial plaques. Newspaper reports said surveillance cameras had filmed what appeared to be several youths entering the cemetery during the night and then running through it smashing tombs.

In a statement, the Rome Jewish Community said it was too soon to determine if antisemitism had played a role in the incident.

“We are awaiting developments in the investigation by [law enforcement] to ascertain the causes and responsibility for this act,” it said.

Elsewhere in Europe, a synagogue’s window was smashed Wednesday in North London. A group of youths was seen fleeing the scene, according to a report by the Campaign Against Antisemitism watchdog.

Separately, a monument commemorating the Holocaust in Chernivtsi in Southwestern Ukraine was defaced with neo-Nazi slogans. The incident took place on Thursday night. The monument was erected last year.

On a wall adjacent  to the monument, the culprits, who have not been identified, painted swastikas, the neo-Nazi greeting “sieg” and the digits 14/88, which are code for White Power slogans.

Last week, several gravestones were desecrated at a Jewish cemetery in Cherkasy in central Ukraine. The vandals spray-painted swastikas on at least 10 headstones.