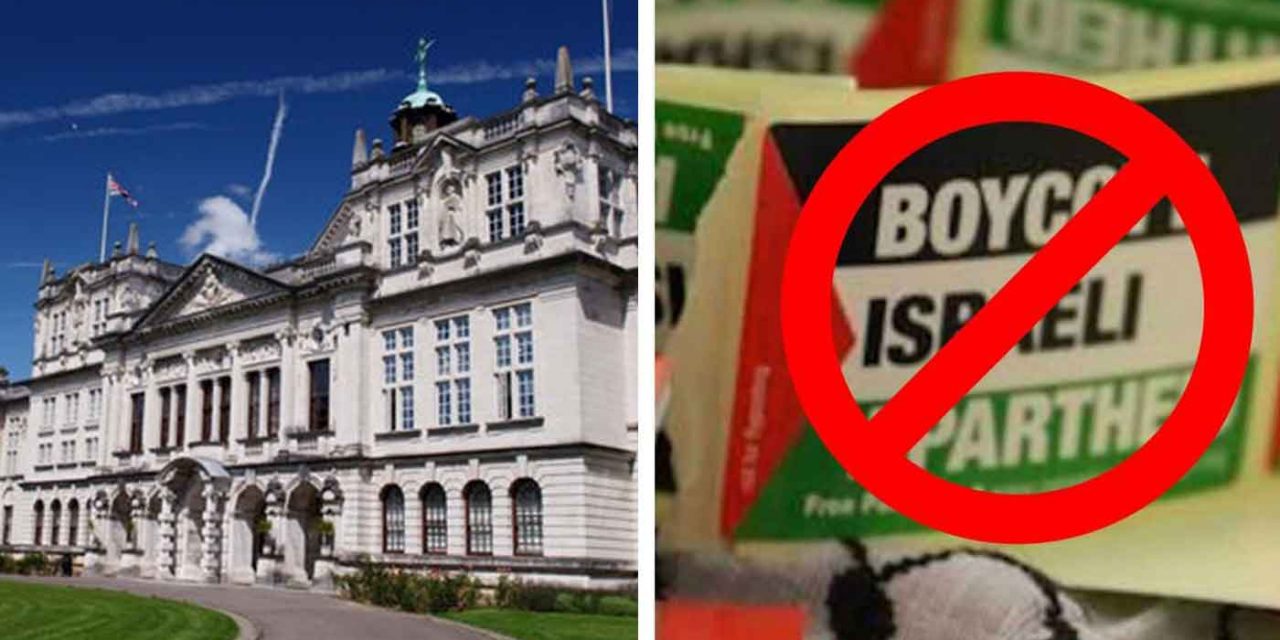 The Cardiff University Student Union has voted down an anti-Israel motion that called for supporting the Boycott, Divestment and Sanctions (BDS) Movement which it claimed was to “protect” both Palestinian and Jewish students.

The BDS Movement is a global campaign to delegitimize Israel and aims to isolate Israel, strangle the Israeli economy and shut Israelis off from the rest of the world. Israel, the world’s only Jewish state, is the only target of this movement, highlighting its anti-Semitic nature. Far from helping Palestinians, the BDS Movement is responsible for the loss of thousands of Palestinian jobs. It neither helps the Palestinians or Israelis and only fuels tensions. Fortunately, it is not succeeding as well as they hope and votes like this help to stave its influence on students in Britain.

A motion that claimed to “protect Jewish students” while calling for a boycott of Israeli institutions has been defeated at Cardiff University Student Union, with one Jewish student saying she could “sleep easier tonight” as a result.

The motion was titled “protecting our Palestinian and Jewish Students” and proposed by one of the SU’s vice presidents and seconded by its president.

While stating “the rise of antisemitism is an extremely worrying threat”, it then accused Israel of a “system of occupation and colonialism”, saying “Israeli universities play a key role in Israel’s crimes against the Palestinian people”, and urging support for a boycott.

However, Jewish students at the university spoke up against the motion on as it debated on Thursday evening, saying none of them had been consulted about something that purported to be “protecting” them.

Guy Oberlander, president of the university’s Jewish Society, tweeted from the conference hall that he “had absolutely no idea” about the motion until he saw the schedule for the SU’s AGM.