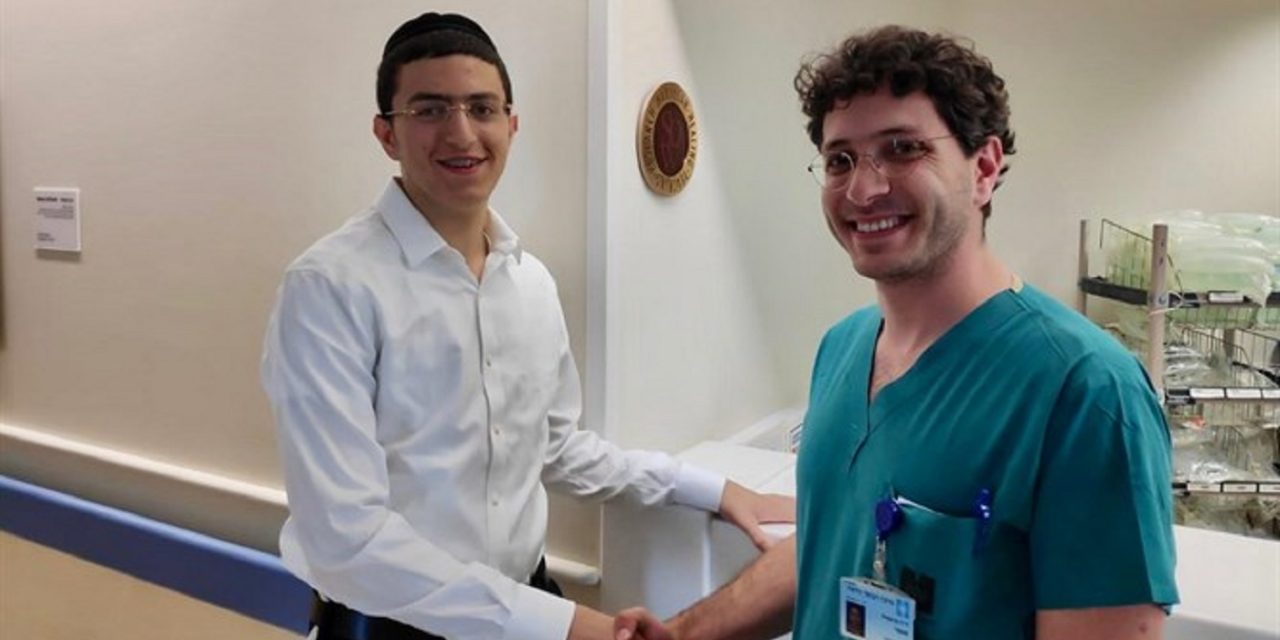 Good news has emerged from Israel following the horrific stabbing attack in the Old City of Jerusalem last week in which a Palestinian terrorist stabbed two people.

Officials from the Hadassah Ein Kerem Medical Center in Jerusalem announced Wedneday afternoon that 16-year-old Yisrael Meir Nachumberg, one of two victims in last week’s terror attack, had recovered and has been released from the hospital.

Nachumberg was moderately wounded when the terrorist jump him from a side street as he was riding his bike from synagogue after morning prayers back to his yeshiva.

After he stopped for a moment, the terrorist attacked him, stabbing Nachumberg in the back, leaving him in moderate condition.

Lavi was initially listed in critical condition, but has improved over the past few days, and is no longer relying on a respirator to breathe.

Earlier this week his wife Nili said on Monday that Gavriel is no longer sedated and does not need a respirator. “We’re seeing incredible progress, it was a real miracle,” she said.

During the attack, Israeli police officers opened fire on the terrorist, killing him.