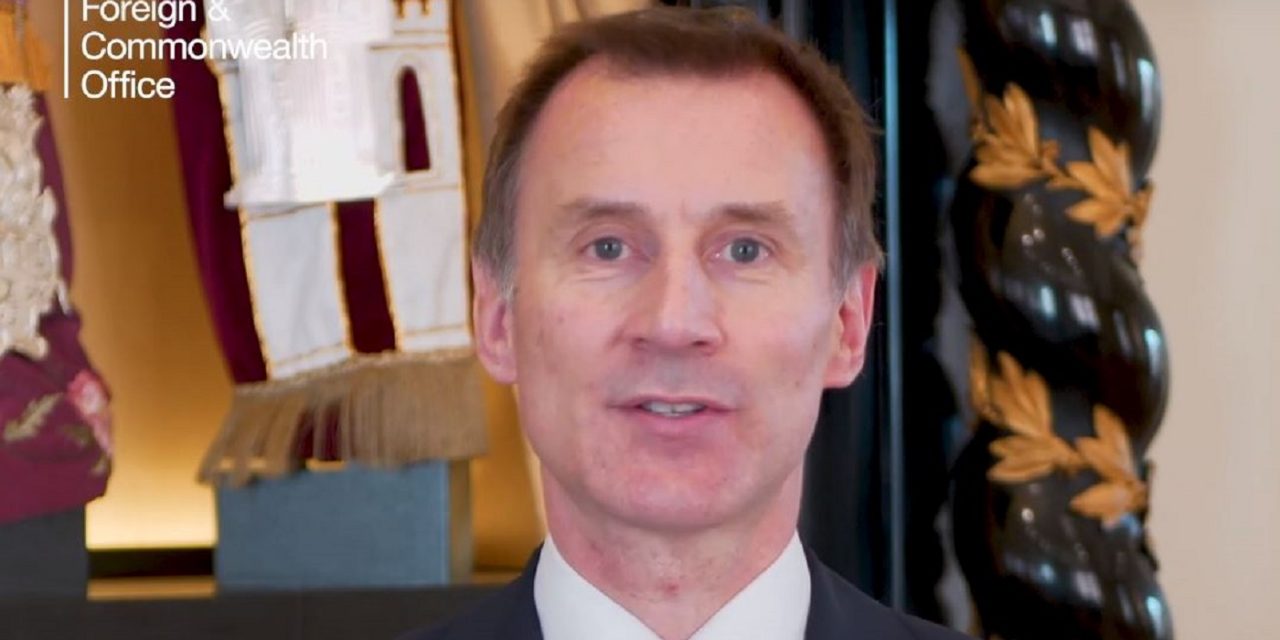 Foreign Secretary Jeremy Hunt has celebrated the festival of Passover at Westminster Synagogue, describing Passover as a “story of hope after persecution, journey and freedom” and calling the modern State of Israel “a huge achievement for all humanity”.

“It’s a great privilege to be here for Passover, a festival that celebrates freedom and liberation,” he said.

“At Passover we look at the arc of history from ancient Egypt, to the Holocaust and the freedom of the modern State of Israel, a thriving democracy, and a huge achievement for all humanity.”

He added: “As once again we face rising antisemitism, we must redouble our efforts to build mutual understanding, compassion and respect in our society, and honour the universal human right of Freedom of Religion or Belief for all. Chag Sameach.”

MUST WATCH: A poignant reminder of the "miracle of Passover" from Foreign Secretary Jeremy Hunt.“At Passover we look at the arc of history from ancient Egypt, to the Holocaust and the freedom of the modern State of Israel, a thriving democracy, and a huge achievement for all humanity.”#UK #Passover #Israel #JeremyHunt #CUFI

Posted by Christians United for Israel – UK on Wednesday, 17 April 2019

Hunt was given a tour of the synagogue by Rabbi Benji Stanley and was shown the synagogue’s collection of ancient Torah scrolls from Eastern Europe by Jeffrey Ohrenstein, chair of the Czech Scrolls Museum. Many were saved during the Holocaust from former Jewish centres of culture in Bohemia and Moravia.

The synagogue chair, Lord Leigh of Hurley, said: “We were delighted to welcome the Foreign Secretary to our sanctuary and the Czech Scrolls. This is a very important time for the Jewish community as we celebrate Passover, our festival of freedom from tyranny, and the first steps towards the establishment of a Jewish home in Israel.

Leigh added: “The Foreign Secretary has played his part in remembering the victims of the Holocaust and protecting Israel from unfair attacks. His warm greetings for Passover are greatly appreciated.”