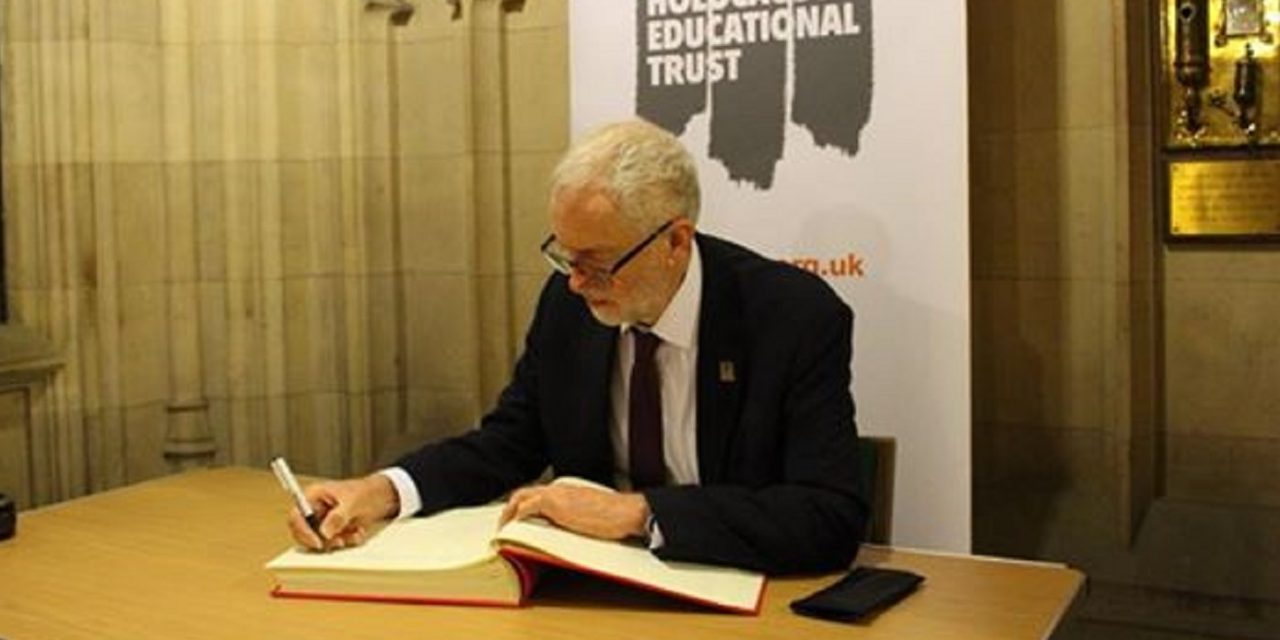 Jeremy Corbyn shared a message ahead of Saturday’s Holocaust Memorial Day. However the Labour leader did so without mentioning Jews.

The omission raised eye-brows with many of social media questioning his reason, especially given the issue of cases of anti-Semitism in the party.

The message, which he wrote in the Holocaust Educational Trust memorial book read,

We should never forget the Holocaust: The millions who died, the millions displaced and cruel hurt their descendants have suffered. We should understand the way fascism arose in Germany and the circumstances that gave space for the Nazis to grow. At this, and at all other times, we should reflect and make sure succeeding generations understand the power of words. Their power to do immense good and inspire; and their power to promote hate and division. Let us use their power to educate to inspire but above all to build values of trust and respect.

A source close to Mr Corbyn told the Jewish Chronicle that “Jeremy’s message in the memorial book in Parliament clearly refers to the millions of Jewish victims of the Holocaust and their descendants.”

Others on social media came to the defense of Mr Corbyn saying he did mention Jews in a separate Holocaust Memorial Day brochure.