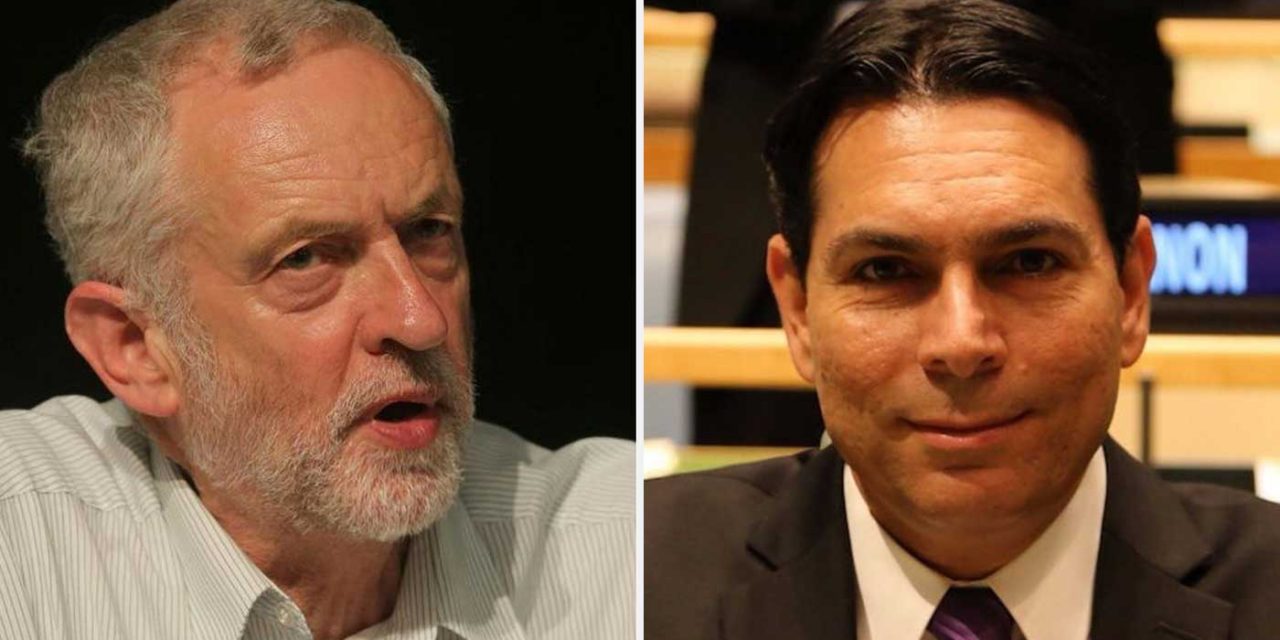 Labour leader Jeremy Corbyn “is an anti-Semite who wants to return Britain to dark periods in history”, says Israel’s Ambassador to the United Nations.

Ambassador Danny Danon is currently in the United Kingdom and was speaking at an event in the House of Lords hosted by Labour peer Lord Haskel.

The Times reports he said “in his actions and statements, [Jeremy] Corbyn gives oxygen to incidents of racism by embracing his terrorist friends and encouraging the activities of BDS. Israel stands by the Jewish community in England.”

The Ambassador added that the Labour leader “is an anti-Semite who wants to return Britain to dark periods in history”. He was speaking at an event hosted by Lord Haskel, a Labour peer.

Pleased to introduce @IsraelinUN🌍 Ambassador @DannyDanon🇮🇱 at a special reception for @IsraelBondsNews: a smart & moral investment.

Many thanks to Lord Haskel for hosting us at @UKHouseofLords🇬🇧. pic.twitter.com/3ZDXfw7UyV

At CUFI, we strongly agree with Ambassador Danon’s assessment that the Labour leader is, in fact, anti-Semitic when you compare his words, actions and attitudes to the IHRA definition on anti-Semitism, which has been adopted by the government. And his professed opposition to Zionism is an attack on what we believe in.

Ambassador Danon has been ardently defending Israel at the United Nations. Below is a video we put together to counter Abbas’s lies. We merged the two speeches from Ambassador Danon and Mahmoud Abbas because the Palestinian president left the room before Danon was able to speak.