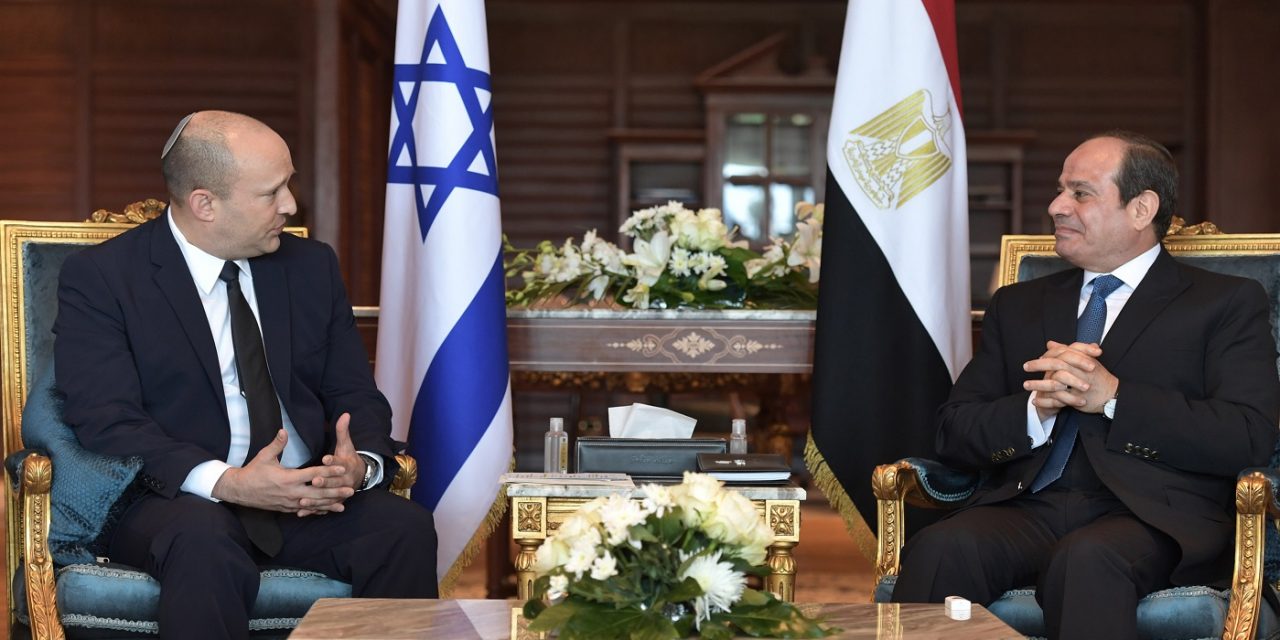 Disarming Hamas, the return of the hostages and halting Iranian aggression were high on the agenda when Prime Minister Naftali Bennett met with Egyptian President Abdel Fattah al-Sisi in Sharm e-Sheikh, in the first such parley in a decade.

“It was a very important and good meeting,” Bennett said before his return to Israel from the one-day trip late Monday. “First and foremost, we created a foundation for deep ties in the future.”

Bennett was the first Israeli prime minister to publicly visit Egypt since his predecessor Benjamin Netanyahu met with former Egyptian president Hosni Mubarak in 2011 in the same Red Sea resort on the southern tip of the Sinai Peninsula.

Prime Minister Bennett, upon departing for Israel:
"I have just finished a first visit with the President of Egypt. The meeting was very important and very good. During the meeting, first and foremost, we created a foundation for deep ties in the future. pic.twitter.com/zMc3fMyX8Q

Back then there was only one flag at the meeting, the Egyptian one. This time, the Israeli and Egyptian leaders sat next to flags from both countries.
Bennett’s office also released a video of the hoisting of the Egyptian and Israeli flags next to the meeting venue.
In an unusual show of Egyptian comfort level with an Israeli high-level meeting, Sisi’s office announced Bennett’s presence in Sharm e-Sheikh, rather than leaving Israel to publicize the event.