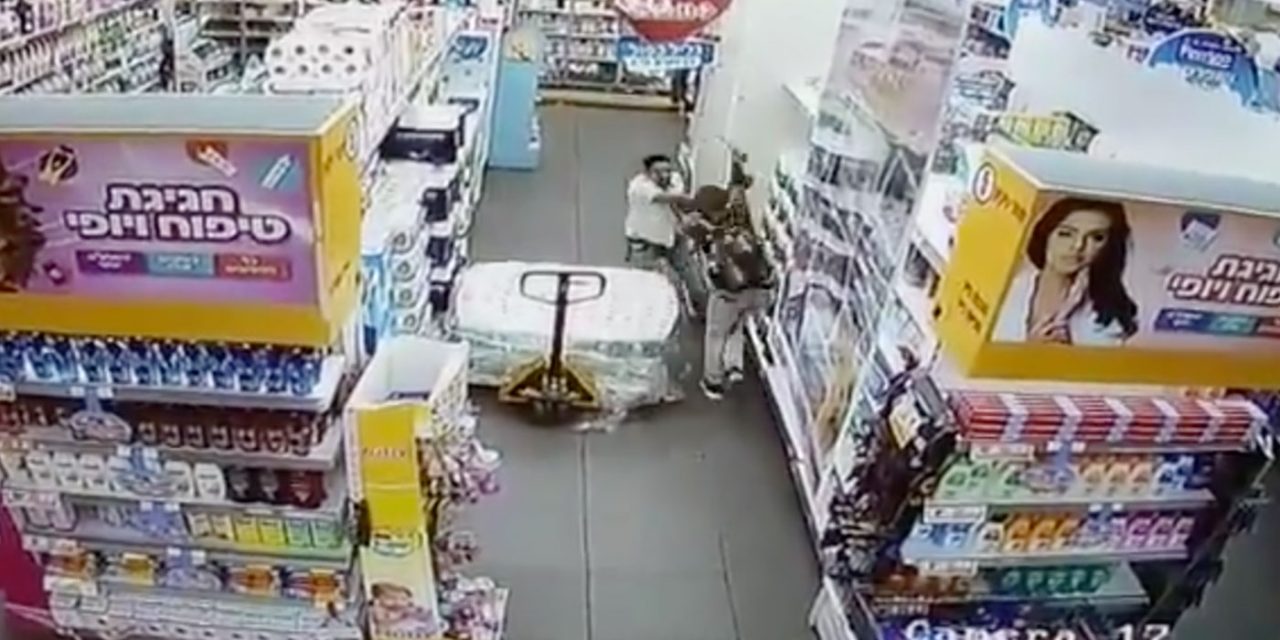 An Israeli man is in a serious condition after being repeatedly stabbed by a Palestinian terrorist in a central Israeli supermarket on Wednesday morning.

He entered the store and walked around before attacking a store worker from behind, stabbing the Israeli multiple times in the back, head, neck and arms.

The attacker was tackled by civilians and held down until police arrived and arrested him. Police have confirmed the motive was terrorism.

The victim was rushed to the Kaplan Medical Center in the nearby city of Rehovot. He was treatment to stop the bleeding before receiving “life-saving surgeries”, a hospital spokesperson said.

The victim is currently in critical condition. He is unconscious and hooked up to a ventilator.

WARNING: The video below shows a very graphic video of the terror attack. Some viewers may find this upsetting.