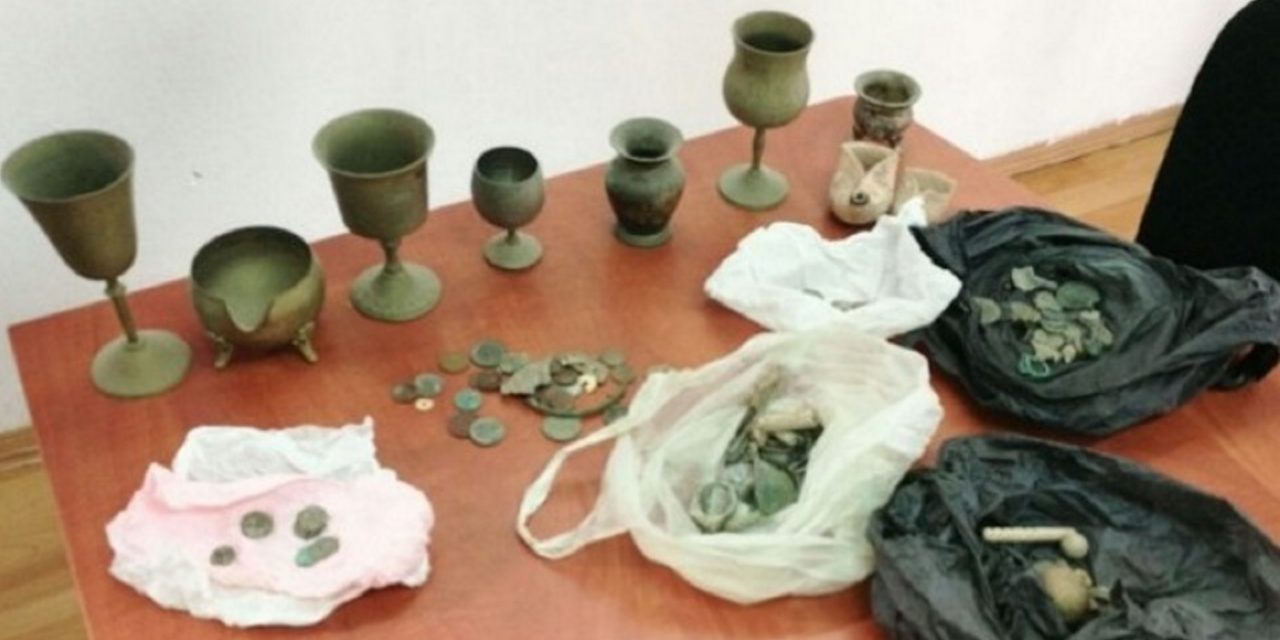 srael police, supported by IDF forces, on Wednesday raided a home in the Palestinian village of Beit Ula, in the Hebron area, where they found dozens of stolen millennia-old antiques, including many coins, oil lamps, jewelry, and Judaica.

An archaeology unit inspector estimates the collection is worth tens of thousands of dollars and includes specimens from various periods, running from the Hellenistic Period to the Dark Ages.

The homeowner, in his 50s, was arrested and will be brought before a judge on Thursday.

This is not the first time Israelis have caught Palestinians with stolen antiques.

In April a Palestinian man suspected of smuggling hundreds of antiquities was arrested by police in a village outside Shechem (Nablus) in Samaria.

A joint police and Civil Administration operation found a trove of antiquities, mostly dating to the Hellenistic, Second Temple, and Roman periods.

The Palestinian was detained on suspicion of antiquities trafficking and an investigation was launched to determine whether he was part of a larger Palestinian looter and dealer network.

Unlicensed excavation in antiquity sites and theft and destruction at such sites constitute severe violations of Israeli law.