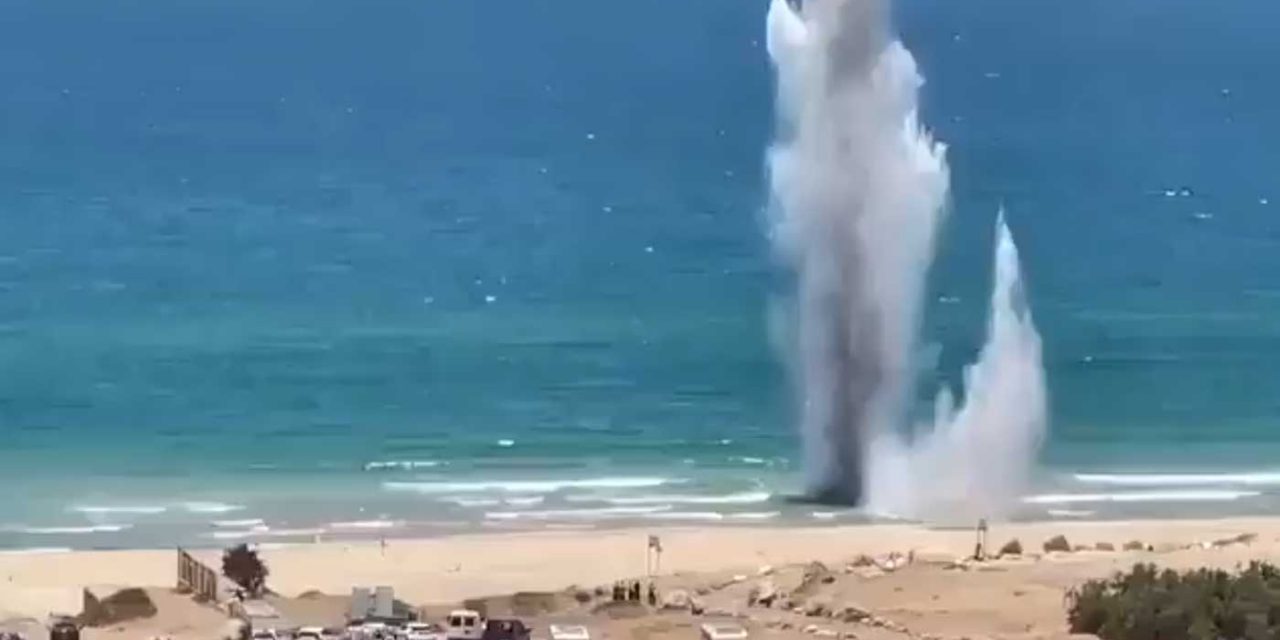 The Israeli police blew up an unexploded bomb on an Israeli beach in Ashdod this week.

The rocket was discovered on Sunday and is believed to have fallen during the recent conflict between Israel and Hamas.

The video below shows the rocket being safely destroyed.

WATCH: The Israel Police neutralized a rocket on a beach in Ashdod that was found on Sunday. It's believed the rocket fired from Gaza fell during "Operation Guardian of the Walls" a few weeks ago. pic.twitter.com/ep20YTiDx5 #USA #UK #France

Thankfully no one was injured and police were able to neutralise the threat caused by this device. However, it is another reminder of the dangers to Israeli civilians posed by the Hamas terror groups constant targeting of civilian populations in Israel.