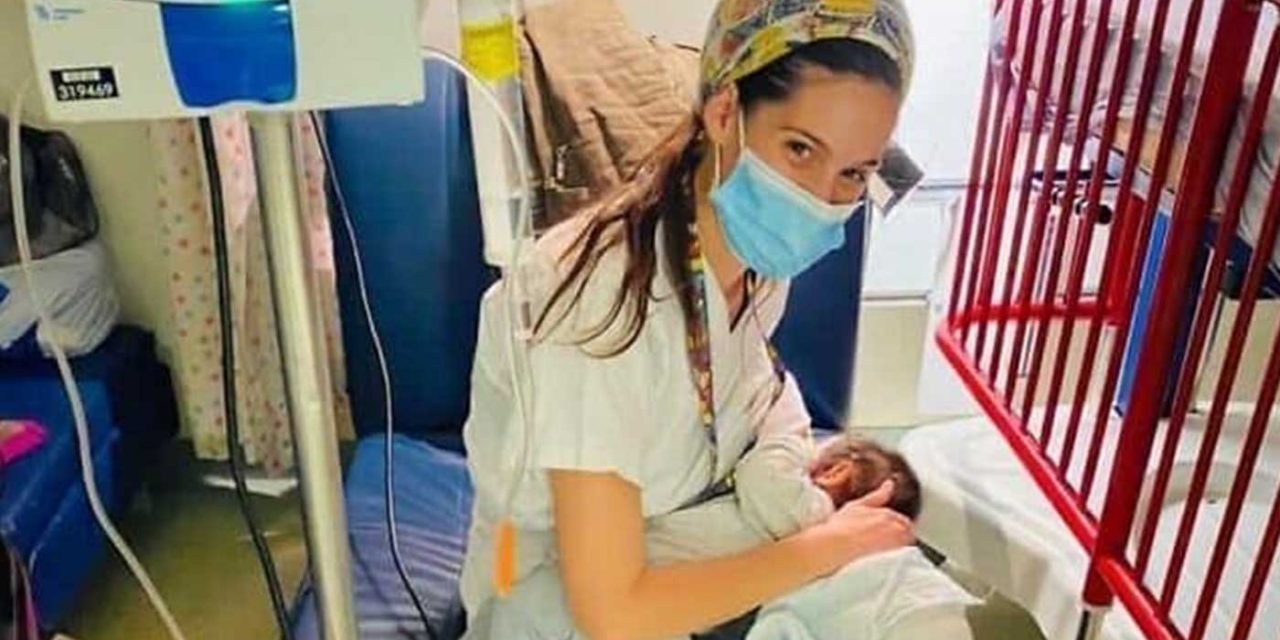 Here is another story demonstrating how Israelis and Palestinians live side by side and how an Israeli mother was able to help a Palestinian family in their time of need.

A Palestinian mother was injured in a car accident and in critical condition so she could not breastfeed her 4-month-old baby. The baby was not accepting the bottle and was not feeding, crying for hours with the extended family unable to help the child.

This was when an Israeli nurse, came on duty and offered her help.

“It wasn’t odd for me at all to offer it, even though I’ve never breastfed another person’s baby,” said Cohen, a mother of two from the settlement of Nokdim.

“I asked the aunt taking care of her if it was okay for me to breastfeed, I wanted to hear that it’s fine by her. She was immediately enthusiastic and thanked me happily,” Cohen recounted. “She was helpless, she didn’t know what to do.

“As a mother it broke me to see [the baby] suffering. She was hungry, her mother wasn’t by her side and the only thing that could calm her was unavailable,” she said.

“I sat down, took her to me, calmed her and fed her. And suddenly it got quiet, she calmed down and ate hungrily.”

Cohen said she was very touched by the family’s warm response to her.

“I could understand so much. I have two girls who were bottle refuseniks and only breastfed and it was so clear to me that when you need to breastfeed, you don’t think of anything, just of the baby crying of hunger.”

An uncle of the infant said: “It’s not something every woman would have done. It’s not easy to do for a baby that’s not yours… It saved her after a long time of being hungry and refusing to feed on anything else.”

This is another example of peaceful coexistence. And you may have noted that Yael Cohen is actually an Israeli Jew living in Judea and Samaria (the West Bank). The media vilifies people like Yael as “settlers” and often publish stories that paint them in a bad light. We have no doubt that this story will be left untold by most of the media, but the truth is that Jews are peacefully living in their ancient homeland and are more than happy to make peace with their neighbours. And we pray that one day they will be able to do so without discrimination.