Two Palestinian teenagers went on a stabbing spree in the Rami Levy supermarket in Sha’ar Binyamin on Thursday, killing one shopper and wounding another.

An armed civilian heard shouts and rushed toward the location of the attack in the eastern Binyamin region industrial area. He shot and seriously wounded the two 14-year-old terrorists. One later died of his wounds. 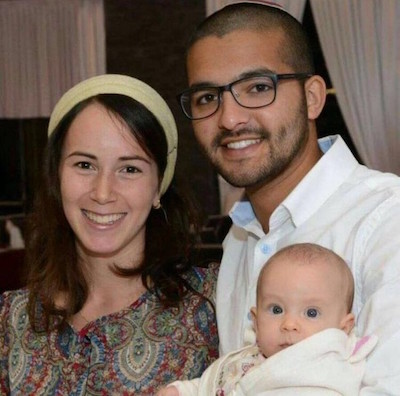 Weissman, a resident of Ma’aleh Michmash, was off-duty at the time of the attack.

The second victim, a resident of Tel Zion, next to the Kochav Ya’acov settlement, is in intensive care at Hadassah- University Medical Center at Mount Scopus, where doctors listed him as moderately wounded and in stable condition.

The supermarket is frequented by both Israeli and Palestinian customers. Both Jews and Muslims work at the branch.