Seyfi Sahin, a Turkish journalist, wrote a column in the pro-AKP government newspaper ‘Vahdet’, called, “Monkeys Evolved from Humans”.  In the article he claims that Darwin was a Jew and that gorillas and chimps mutated from Jews after Allah cursed them.

Fortunately, the newspaper article seems to have been widely criticised by Turkey’s independent opposition media.

“The aim of [Darwin’s] theory is to turn the non-Jews away from their religion, to harm their faith, and to make them suspicious about their religion. Darwin, being a Jew, believed, lived, and was buried according to his religion. His real targets were the Muslims,” writes Sahin.

Sahin explains that the chromosomal anomalies between monkeys and humans prove “that humans are not derived from monkeys, but that monkeys come from humans. There are many factors in the creation of such anomalies, among them divine, environmental, and chemical.”

Sahin quotes four Koranic passages as evidence that monkeys are derived from Jews, including the verse “Whomever Allah has cursed and punished, and those he turned into monkeys, pigs, and Satan worshipers, occupy the worst place [in his eyes], and they are perverts that have deviated from their path.” 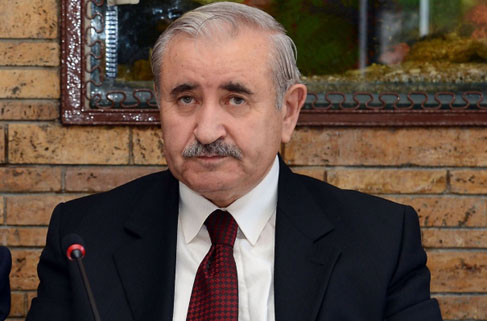 He asserts that Jewish control over the “world’s financial and scientific institutions is so powerful that they terrorize the world of science” and have successfully brainwashed even experts into believing Darwin’s “deception as scientific reality.”

“I believe that the gorillas and chimps living today in the forests of North Africa are cursed Jews. They are perverted humans that have mutated,” Sahin contends.

He adds that since Muslims do not have the same control over the media, banks, and scientific institutions as Jews do, they have not been able to “scream this truth.”

“But we have our intellect, we have our faith, and we have our Allah. Alhamdullillah [with the grace of Allah],” Sahin concludes.