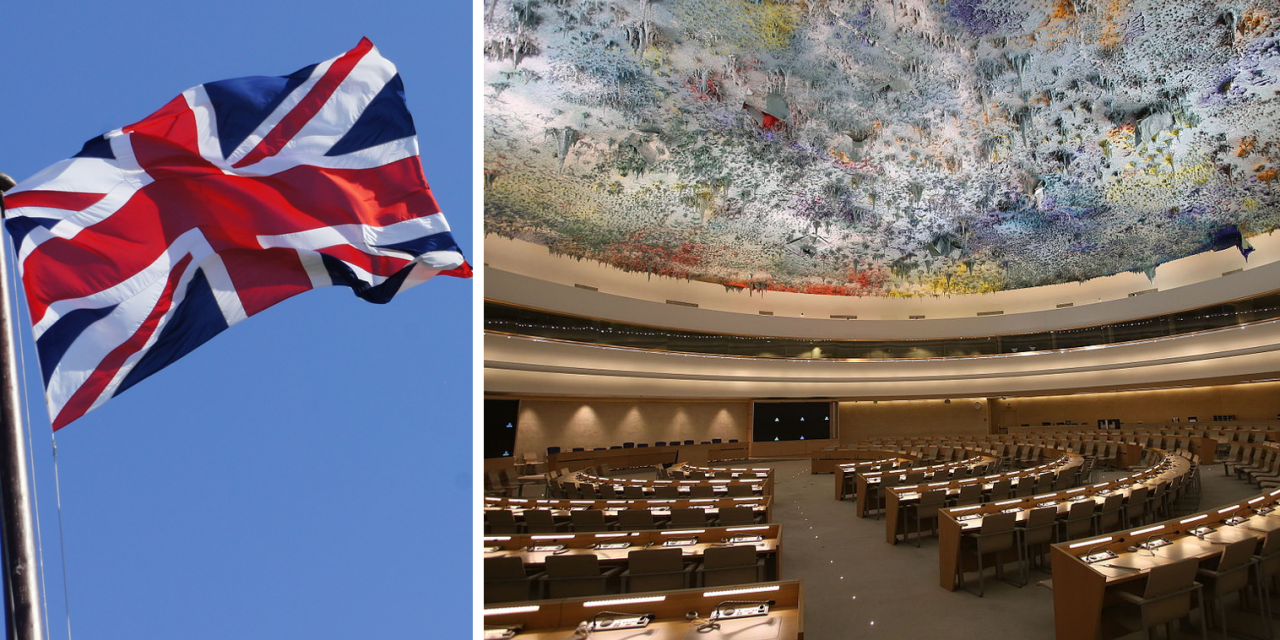 The UK has accused the UN of downplaying “the scourge of antisemitism”, voting against a UN Human Rights Council resolution that approved the notorious anti-Israel “Durban Declaration”.

The resolution was passed by 32 votes in favour to 10 against in the vote on Monday, with five abstentions after the UK led calls for a vote at the session instead of allowing the anticipated consensus.

The declaration originating from the Durban conference in 2001 singled out only Israel accusing it of racism, naming no other states at all.

In a joint statement by the UK and Australia, British envoy Simon Manley condemned the declaration in an impassioned speech, saying: “Racism should be tackled in all its forms and, regrettably, for far too long, the UN has downplayed the scourge of antisemitism. This must end. The UK is clear that we will not attend future iterations of the Durban Conference while concerns over antisemitism remain.”

British UN envoy Simon Manley condemns UN declaration on Durban saying “The UN has downplayed the scourge of antisemitism for too long” pic.twitter.com/3yuEsczP9p

Foreign Secretary Liz Truss tweeted: “The UK is committed to tackling antisemitism and racism around the world.”

In the end, most of the countries that boycotted Durban voted against the UNHRC resolution https://t.co/AEOxMlXYXx pic.twitter.com/8jzNLDoeVl

Last month over 30 countries joined the UK, United States and Israel in boycotting the UN’s 20th anniversary commemoration of the notorious 2001 Durban conference on racism.

The Joint UK-Australia statement in full

I have the honour of delivering this statement on behalf of the United Kingdom and Australia.

Madam President, We remain resolute in our commitment to combating all forms of racism, racial discrimination and xenophobia and related intolerance whether that be at home or abroad. Our common commitment on this issue is strong. Discrimination of any kind has no place in society, and we will continue to treat all forms of discrimination with equal seriousness.

Internationally, we believe that one of the most effective ways to tackle injustices and advocate for respect among different ethnic groups is to encourage states to uphold their human rights obligations. We are committed to engaging on UN resolutions which consider how to eliminate racial discrimination. We were one of the first countries to ratify the International Convention for the Elimination of Racial Discrimination and we have engaged constructively with its Committee, and HRC Working Groups.

With regard to resolution before us this morning [L3.Rev 1] we thank the African Group for taking on board some of our proposals. However we still have a number of concerns with the text.

Madam President, fellow members of the Council, The UK and Australia did not attend the recent 20th anniversary commemorative event for the Third World Conference Against Racism. There were reportedly nearly 40 states who, like us, made the decision not take part. We think we all need to ask ourselves, why so many states stayed away and how we can move forward. If we are to be able to forge a consensus in the future then it is clear that we must come together to find a new approach. The importance of this topic requires that we move forward together on a common path.

Madam President, Racism should be tackled in all its forms and, regrettably, for far too long, the UN has downplayed the scourge of antisemitism. This must end. The UK is clear that we will not attend future iterations of the Durban Conference while concerns over antisemitism remain.

We therefore wish to call a vote on the resolution before us and will vote against the draft text before us.