Israeli filmmakers back in Israel after 20 days in Nigerian prison 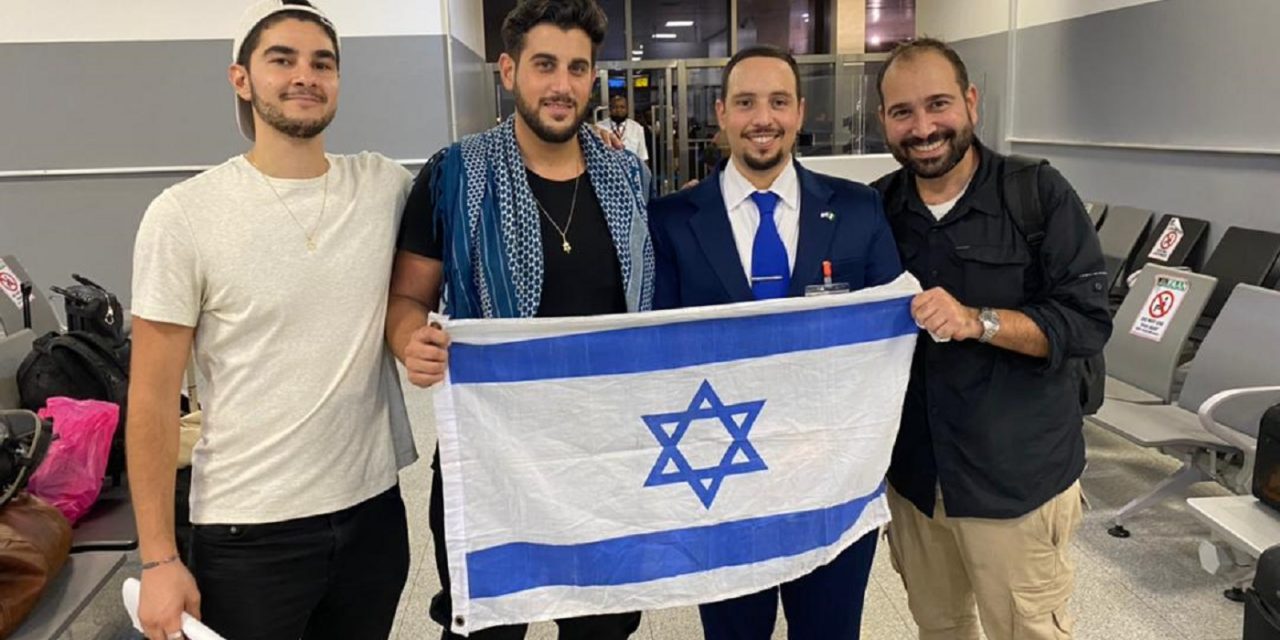 Three Israeli filmmakers landed back in Israel Thursday morning after spending 20 days in a Nigerian prison.

Pro-Israel activist Rudy Rochman, filmmaker Noam Leibman and French-Israeli journalist E. David Benaym were released from prison Tuesday night with the assistance of the Israeli Embassy in Abuja and handed over to US custody. They were then escorted to a Chabad center where they spent the night.

They departed Nigeria on Wednesday night for Istanbul and arrived to Ben Gurion Airport on Thursday morning.

Rudy Rochman and his film-making team were released from prison in Nigeria.

They are expected to land in Israel in a few hours. Prayers have been answered. 🙏 pic.twitter.com/SuLlLrZkDY

Rochman, Liebman and Benaym were arrested while making a documentary on the Igbo Jewish community who consider themselves a lost tribe of Israel but are not recognized as halachically Jewish by the State of Israel or the Chief Rabbinate.

Nigerian authorities on July 9 arrested and interrogated the men on suspicion of having coming into contact with Biafran separatists.

The crew were detained at a synagogue during Friday night services in the Igbo village of Ogidi by Nigeria’s secret police and taken to Abuja.

They were in the West African country to shoot a documentary titled “We Were Never Lost” that explores communities on the continent that claim Jewish or Israelite descent.