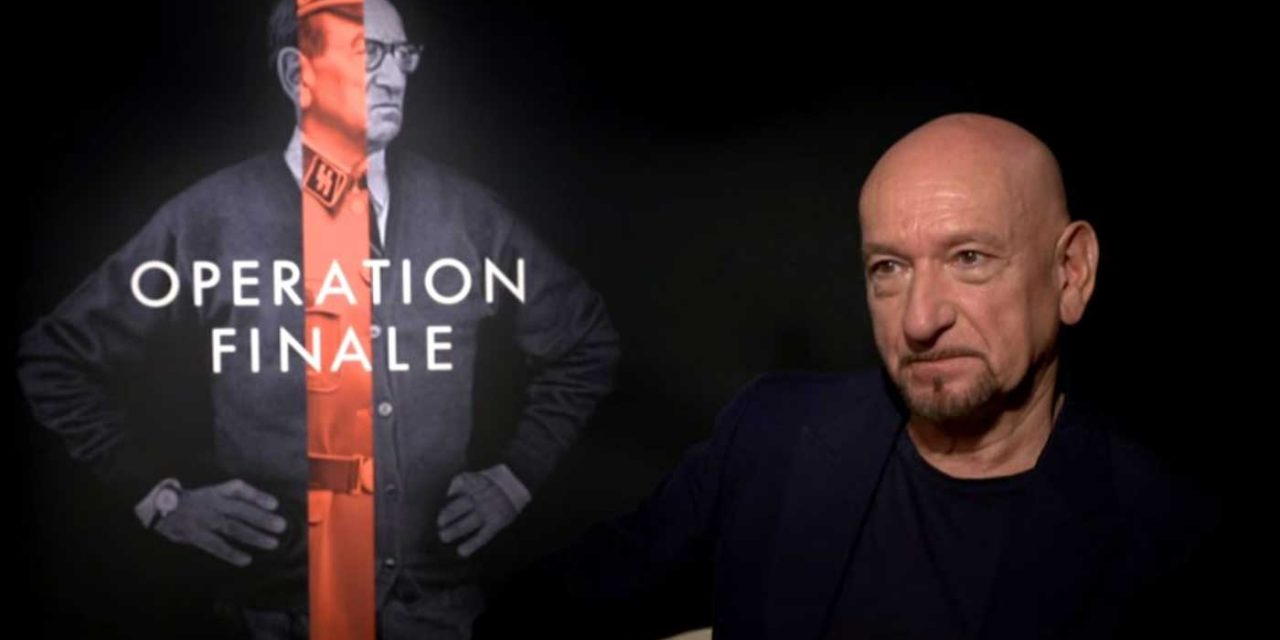 British actor Ben Kingsley has spoken about his role in portraying Adolf Eichmann, the author of the Final Solution, in the upcoming film Operation Finale which depicts the life of Eichmann 15 years after the end of World War II where Eichman lived in Argentina and tells of the Israeli plot to capture him and put him on trial.

The Oscar-winning actor said he didn’t portray Adolf Eichmann out of love or admiration, instead, he said, “I wanted to nail him to the gates of Auschwitz. That’s what I wanted to do.”

Adolf Eichmann was one of the orchestrators of the Holocaust and was responsible for the deaths of millions of Jews.

“I put him (Eichmann) into the camera for you to judge him, for you to see. I’ve let go of him and I dedicated my performance to Elie Wiesel and the millions who lost their lives under his command,” Kingsley said.

Operation Finale hits theatres in the US on 29 August 2018 and in the UK on 15 September 2018. The film also stars Oscar Isaac, Nick Kroll, Melanie Laurent, Lior Raz and Joe Alwyn.