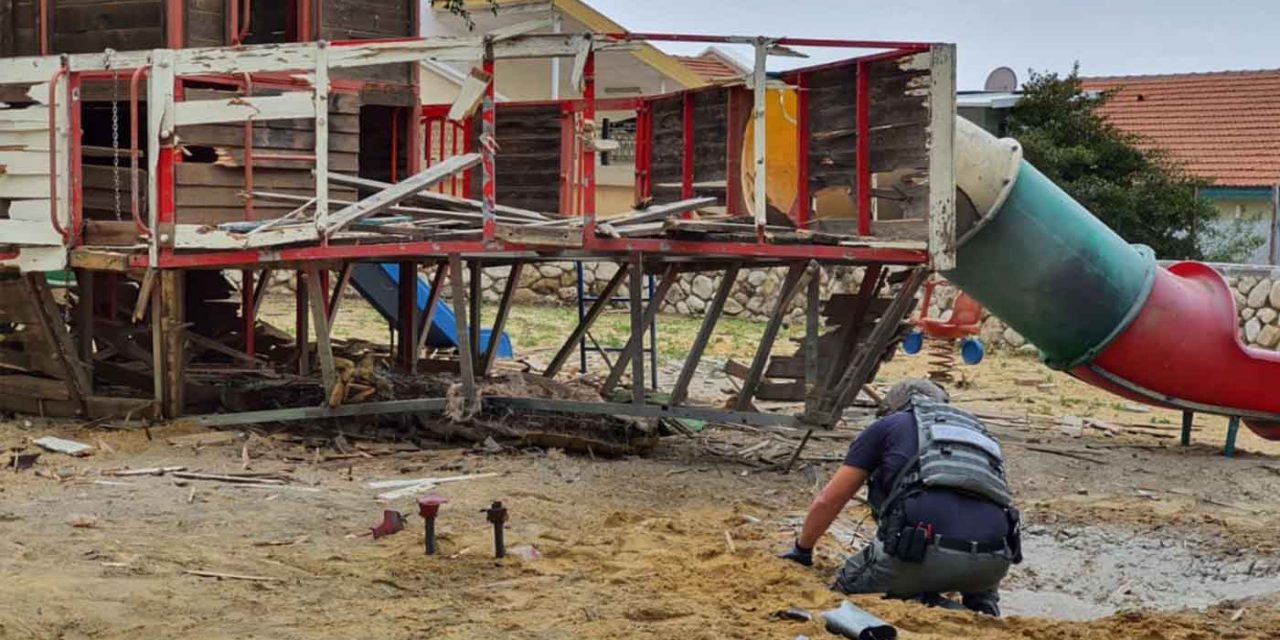 Hundreds-of-thousands of Israeli civilians have been forced into shelter after Palestinian terrorists fired over 40 rockets into Southern Israel over Sunday and Monday. A major escalation between Israel and terrorists in Gaza.

The attacks started early Sunday morning when two Palestinian Islamic Jihad (PIJ) terrorists attempted to plant an explosive device on the Israeli border. IDF forces tracked the terrorists and halted their attack, killing one and wounding another.

But the third time these Islamic Jihad terrorists in #Gaza attempted to plant explosives along Israel’s security fence.

We ensured this was their last. pic.twitter.com/vqlYXIwzbK

Israel’s legitimate right to defend its borders from this terrorism sparked a violent response from PIJ which launched more than 20 rockets at Israeli civilian towns. Hundreds of thousands have been forced to seek shelter from the onslaught with sirens sounding at numerous points throughout the two days as the terrorists launched their attacks.

More than 28 of the rockets fired into Israel were shot out of the sky by Israel’s Iron Dome defense system. However, some managed to reach their targets. An Israeli home was hit as well as a children’s playground and one car was damaged. A number of civilians have been treated for mild injuries including one woman who tripped and hit her head while running to a shelter.

PIJ claimed responsibility for the rocket fire, calling it a response to the killing of its fighter at the border fence.

Israel has defended itself once more, not only by attacking terrorist targets within the Gaza Strip but also targeting a key PIJ command centre in Damascus, Syria. The targets in Gaza include a military compound in Khan Youinis used for training and weapons storage, as well as underground infrastructure in Al-barij.

“The IDF will respond with force to acts of terror by Islamic Jihad, which endanger Israeli civilians and harm Israel’s sovereignty,” the IDF said in a statement. “The IDF takes very seriously the rocket attacks on Israeli territory, is on high alert, and will continue to act as necessary against attempts to harm Israel’s citizens.”

In contrast, the targets PIJ chose to launch rockets at in Israel were all civilian.

Here are the facts: pic.twitter.com/SUW4cKjjyd

Israel’s Prime Minister Benjamin Netanyahu held a security consultation Monday afternoon with the heads of the Shin Bet and the National Security Council at a secure facility in central Israel in response to the continuing rocket fire from Gaza.

Netanyahu toured the city of Ariel, saying: “We attacked both Gaza and Syria last night. I do not intend to let go of this. If they do not stop the fire completely, and I do not mean a day, two days, but at all, if there is no complete break – we will have to initiate the broad and powerful campaign we have prepared.”

“These are not mere words. There are new, surprising things about them that were neither in Cast Lead, nor in the Pillar of Defense nor in Protective Edge, and everyone in the Cabinet knows exactly what we are talking about. The campaign, which could become a war, is a last resort. I’m in no hurry to go there. I know the price our soldiers and the fallen families pay. It’s a last resort, but if there’s no choice, we’ll have to go there.”

Netanyahu added: “Alas for Hamas and alas for Islamic Jihad when they arrive on this day. We will do what is necessary to restore absolute security to the people of the South.”

The last 24 hours in Israel: pic.twitter.com/0YNwvMsYvL

Israel’s Defense Minister Naftali Bennett said, “we’re preparing something, and I want to do it on our terms. When you want to be effective with a very cruel enemy such as Hamas you don’t want them to lead you into their game, you want to handle it, you want to initiate. So the Prime Minister, myself, and the Chief of Staff of the IDF, we’re preparing a meaningful move but it won’t happen as a reaction it’ll happen on our terms at our time.”

“What we did over the past 24 hours is sort of new,” he added. “Instead of just responding directly to those terrorists who shot missiles on our people, we went to the source, to the command center in Syria and killed a bunch of terrorists in Syria, near Damascus, that belong to the Islamic Jihad. But it’s only a beginning.”