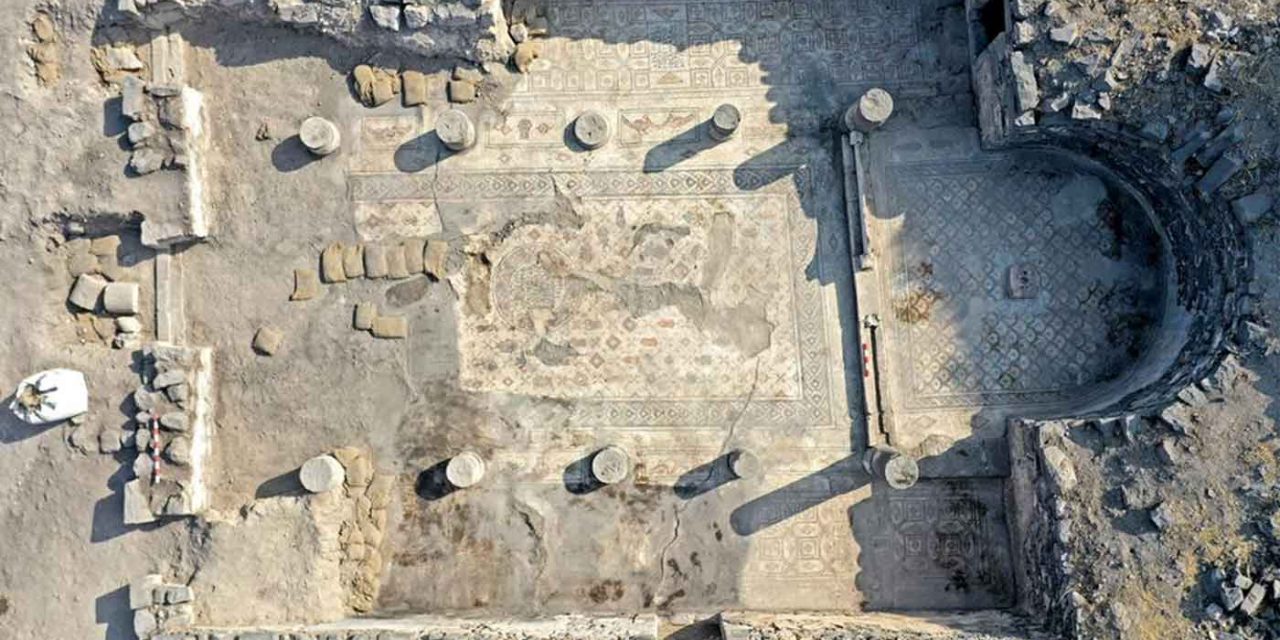 JERUSALEM, Israel – Israeli Archaeologists have discovered an unusually well-preserved mosaic apparently depicting the miracle of Jesus feeding the 5,000 on the floor of an early Christian Church overlooking the Sea of Galilee.

Researchers from the University of Haifa exposed the mosaic during excavations on the so-called “Burnt Church” at the Hippos-Sussita excavation site. Researchers believe the 6th century church was most likely burned down during the Sasanian conquest in the 7th century. The fire actually helped preserve the floor because when the roof burned down, it covered the mosaic floor in a layer of ash, thus protecting it from being damaged by the elements over time.

When archaeologists broke through the ash layer, they found a colorful mosaic depicting images of baskets with loaves and fish, a miracle that is believed to have occurred close to the Sea of Galilee.

“There can certainly be different explanations to the descriptions of loaves and fish in the mosaic, but you cannot ignore the similarity to the description in the New Testament: for example, from the fact that the New Testament has a description of five loaves in a basket or the two fish depicted in the apse, as we find in the mosaic”, said Dr. Michael Eisenberg, head of the excavation team in Hippos on behalf of the Institute of Archaeology at the University of Haifa, Israel.