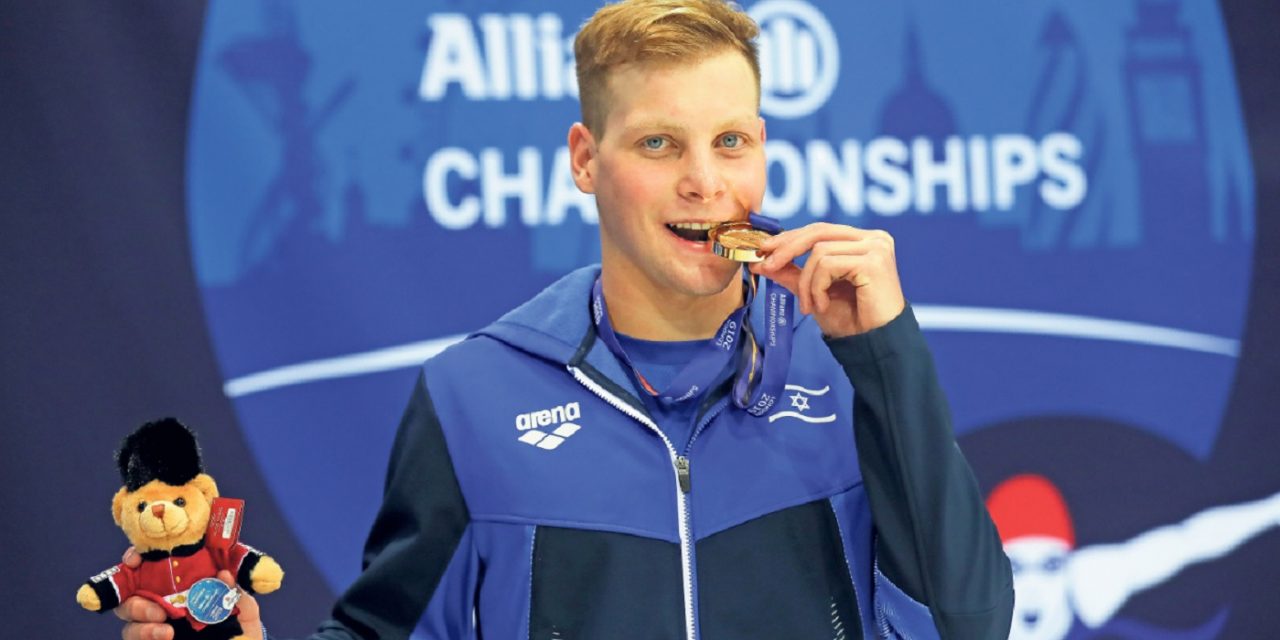 The swimmer was pictured on the podium as Hatikvah was played after winning gold in the 400m freestyle S7 event.

He broke the world record with his time of 4:33.64, over five seconds inside the previous best mark set in 2013.

But Mark along with his fellow Israeli team members almost didn’t compete in the championships which were originally due to take place in Malaysia. The south-east Asian country lost the rights to host the championships after they announced that they would not allow Israeli athletes to compete. After refusing to back down, Malaysia was stripped of the competition which was relocated to London.

At the time Andrew Parsons, IPC President, said: “When a host country excludes athletes from a particular nation, for political reasons, then we have absolutely no alternative but to look for a new Championships host.”