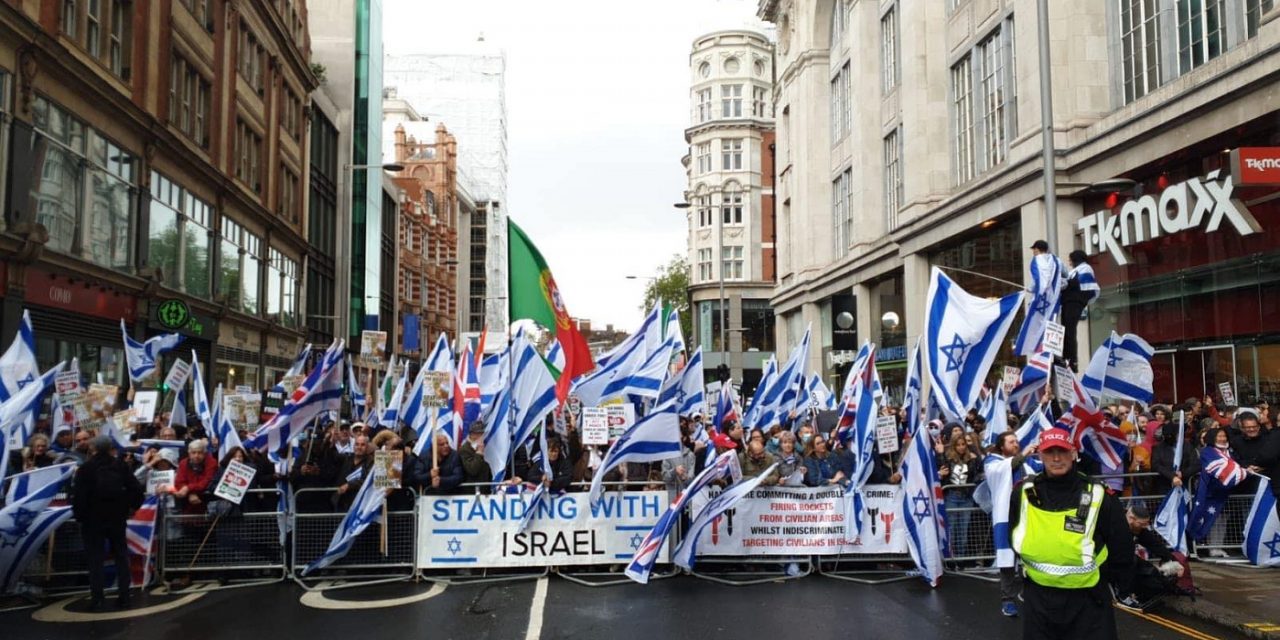 Around 1,500 people took to the streets of  central London on Sunday afternoon to rally in support of Israel.

The gathering, organised by the Zionist Federation of UK and Ireland (ZF UK) and supported by a number of organisations including CUFI, took place outside the Israel Embassy in Kensington.

Ambassador Tzipi Hotovely addressed the crowd, telling them she had lost her voice in recent days while “loudly standing up for Israel”. The envoy thanked those attending for their support and said “Israel sees you and hears you and thanks you.”

Thank you for supporting #Israel 🇮🇱
I was moved to see the streets of #London coloured in Blue and White. pic.twitter.com/QlRvymPyCG

Fantastic to see such incredible support for #Israel on the streets of #London, with so many coming to show #SolidarityWithIsrael. As an Israeli, who went through this wave of rockets, I want to say how heartfelt & deeply appreciated your support is. THANK YOU! 🇮🇱🇬🇧 pic.twitter.com/mE8cjiSfRA

Jewish News reports that while the good-natured crowd sung Hatikvah and God Save The Queen, a counter demonstration gradually grew in numbers down the street. Around 50 people, mostly young men, arrived by 2.45pm, attempting to drown out the singing of Shalom Aleinu and Od Avenu Chai with screams of “Allahu Akbar” and “Free Palestine.”

A minority of pro-Israel supporters attempted to engage the counter demonstration with chants of “Tell no lies, tell the truth. Gays in Gaza thrown off roofs”, “1, 2, 3, 4, we want peace, you want war” and “Free Gaza from Hamas.”

1/2
Watch ZF chair @paulcharney interviewed by @SkyNews at today’s Solidarity with Israel rally
In stark contrast to the pro-Palestinian rallies’ spokespeople, Paul called for peace between #Israel & the #Palestinians & the removal of #Hamas. pic.twitter.com/V4WN1cLpfN