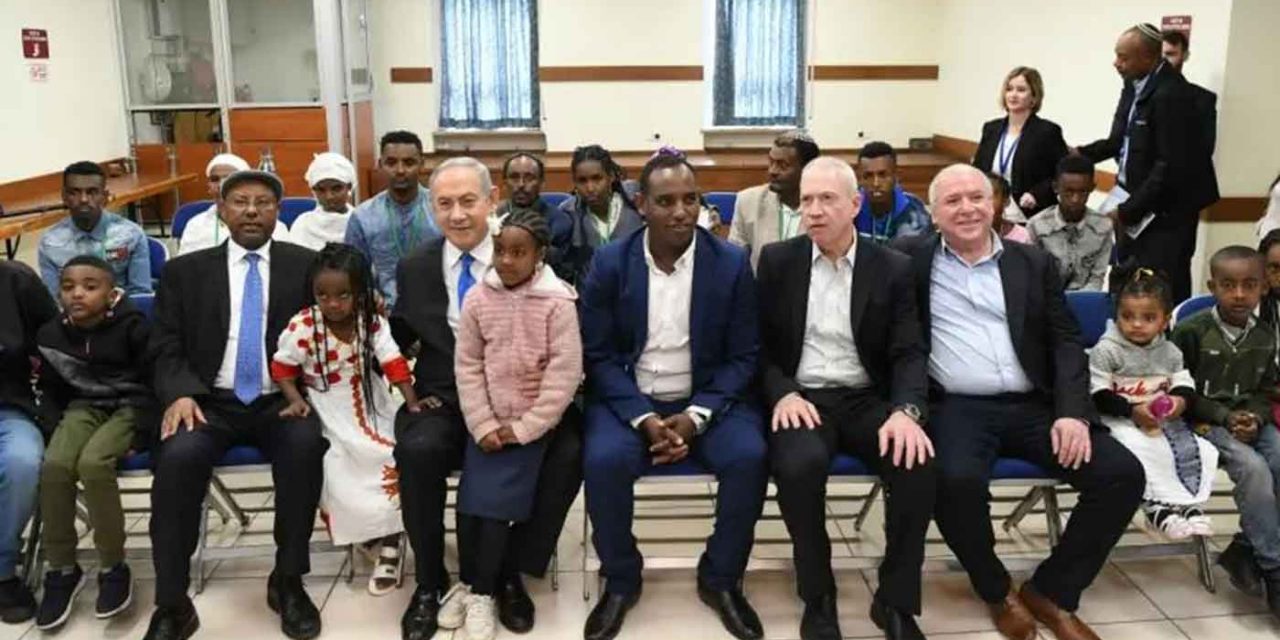 JERUSALEM — More than 40 new immigrants arrived in Israel on Tuesday from Ethiopia, less than a week before national elections.

The new immigrants are from nine families and are being reunited with relatives who live in Israel. They are part of the Falash Mura community, which claim links to descendants of Jews who converted to Christianity generations ago under duress but now seek a return to Judaism.

The interim government earlier this month announced that it had approved the arrival of nearly 400 of the Falash Mura waiting in Gondar to immigrate and that it would try to bring them all before the March 2 elections. But it only managed to locate 43 that it could immediately bring over, Ynet reported.

Attorney General Avichai Mandelblit opposed the action, saying they did not need to be brought over immediately and that it was clearly a politically motivated decision ahead of the election.
Some 8,000 Falash Mura in Ethiopia are awaiting permission to immigrate to Israel, most of whom have some family members in Israel. A Cabinet resolution in 2015 committed to bring all 8,000 to Israel by 2020, but limited money has been allocated in successive budgets to make that happen.