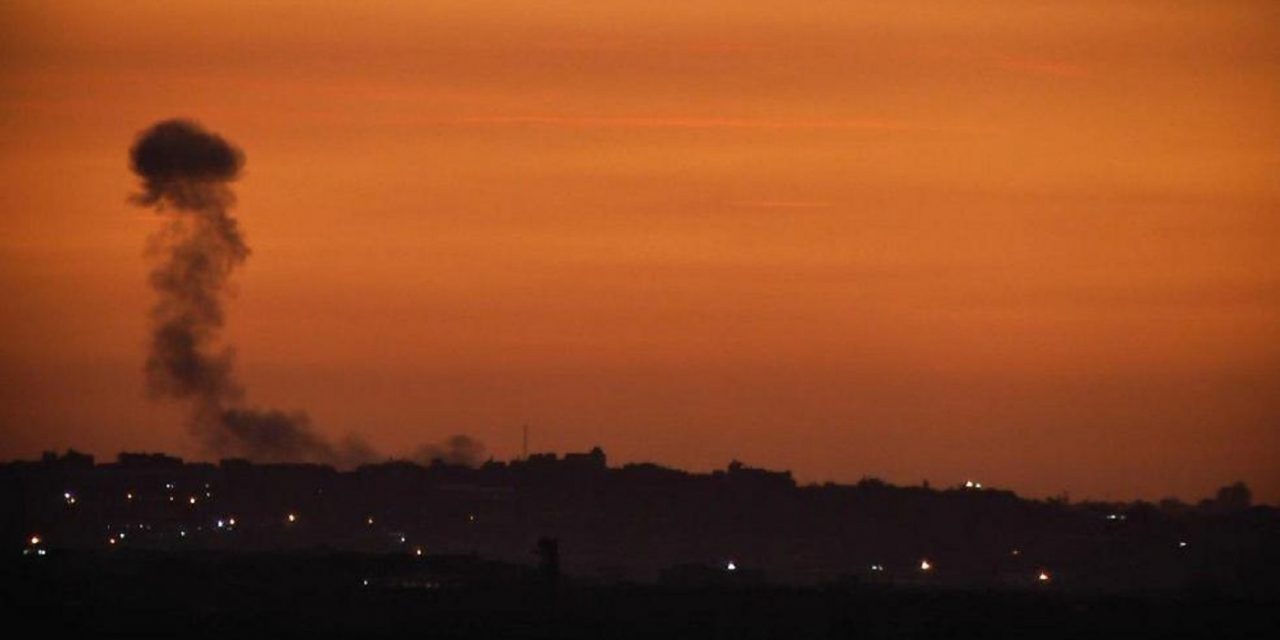 Israeli tanks and planes fired on Hamas and Islamic Jihad positions in the Gaza Strip in retaliation for mortar shells fired on soldiers working in southern Israel, the Israeli army said.

The additional airstrikes came even as the Israel Defense Forces said it was not looking to escalate the security situation in the Gaza and would only conduct further attacks in response to aggression by the terror group.

At approximately 2 p.m., operatives from the Palestinian Islamic Jihad launched 12 mortar shells at an Israeli military post northeast of the Gaza Strip. The attack appeared to be retaliation for the army demolishing the group’s attack tunnel, which stretched from the Gaza Strip into Israeli territory, exactly a month ago, according to IDF spokesperson Lt. Col. Jonathan Conricus.

The army said no soldiers were injured in the barrage, but some light damage was caused to equipment.

A short while later, the army retaliated with tank fire and airstrikes that targeted two Palestinian Islamic Jihad and two Hamas positions in the northern Strip.

Before the second round of strikes, Conricus said “it was too early to say” if the army would carry out additional attacks in Gaza, but that it would depend on “actions taken by the Hamas and Palestinian Islamic Jihad.”

The spokesperson added, “we are not looking to escalate the situation or initiate hostilities.”

"We're not looking to escalate the situation, our mission is to defend Israel. This is yet another violation of Israeli sovereignty by terrorist organizations from Gaza" @LTCJonathan https://t.co/Ut03IRdPsN

There were no reports of further violence from Gaza after the initial Israeli retaliatory strikes.

It was not clear if the mortar barrage comprised the Palestinian Islamic Jihad’s entire revenge strategy or if more attacks were to come from the group. The army said it was prepared to counter additional attempts by the group to commit terror acts against Israeli troops and citizens.

It is believed the mortar attack is in retaliation for Israel’s demolition a month ago of a terror tunnel that stretched from Khan Younis in Gaza to the border of Israel. At least 14 Gazan Palestinians who were in the tunnel at the time of the controlled explosion by the army were killed and several injured. Most of the dead were members of the terrorist organization Islamic Jihad, which threatened retaliation.