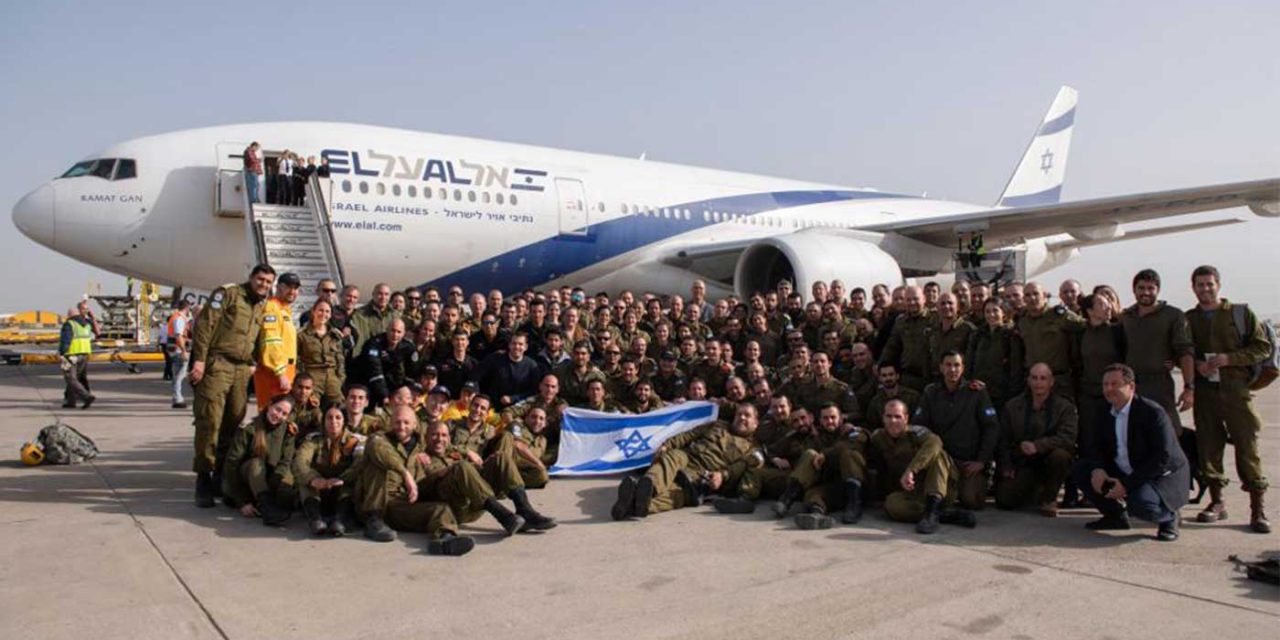 The Jewish State is proving its Biblical title of being “a light unto the nations” as it sends a 130 person strong rescue team to Brazil to aid the operations to recover people from a deadly mudslide.

On Friday, the Brazilian state of Minas Gerais was hit by a large environmental disaster after a 42-year-old iron ore dam collapsed resulting in millions of tons of mud, water and mining waste being spilled out and covering everything in its path.

Saving lives isn’t about how large the distance is, it’s about how far you’re willing to go. #IDFinBrazil 🇧🇷🇮🇱 pic.twitter.com/stsmopXTKc

On Saturday, Brazil’s President Jair Bolsonaro and Israel’s Prime Minister Benjamin Netanyahu spoke over the phone, with Netanyahu promising to send a team of Israeli disaster experts as soon as possible. 140 people were promised with over 16 tonnes of equipment.

Reactions to Netanyahu’s announcement included countless “thank you Israel” messages with some even going further saying, “Only Israel sends aid here like she’s a superpower. But she is a real superpower – a superpower of kindness and giving,” “Brazil needs a friend like Israel,” and “Mr. President, this is the time to move the embassy to Jerusalem.”

I spoke with @jairbolsonaro following the dam collapse disaster in Brazil. I offered that Israel would dispatch aid to the disaster site and assist in the search for survivors. He thanked me and accepted my offer. We agreed than an Israeli mission would leave within 24 hours.

Sadly, the death toll in Brazil has risen to 58, with up to 300 people still unaccounted for, with Brazilian authorities saying that most recovery efforts will entail pulling out bodies, rather than finding anyone alive. No survivors were found on Sunday, for example, but more bodies were recovered. Most of those killed were workers at the mine who were in the cafeteria at the time.

It is fitting that Israel has sent such a team to Brazil. The Brazilian public has long been seen as a key supporter of Israel, having a strong Christian base. Now, the public feeling towards Israel is being reflected in its government.

On 1 January 2019, Jair Bolsonaro was inaugurated as Brazil’s 38th President, he has been a staunch ally of the Jewish state and Prime Minister Netanyahu travelled to Brazil to attend the special occasions.

“You know that President Bolsonaro’s first name in Hebrew is Yair, which is also the name of our son,” said Netanyahu. “But Yair means something in Hebrew: he who brings light. And I think that we have now an opportunity together to bring a lot of light to the people of Brazil and the people of Israel. This is an alliance of brothers.”

Bolsonaro has promised to move Brazil’s embassy to Jerusalem, using it as a campaign promise. After his election, he said, “As previously stated during our campaign, we intend to transfer the Brazilian Embassy from Tel-Aviv to Jerusalem. Israel is a sovereign state and we shall duly respect that.”

Just two days after taking office, Bolsonaro approved a new law allowing Jews days off to observe the Sabbath and other Jewish religious holidays, another sign good sign from the new president.

What caused the mudslide?

On Friday, a mining dam collapsed in Brazil’s Minas Gerais state, resulting in a deadly mudslide. The dam was holding millions of tonnes of muddy water, debris and hazardous material from an iron ore mine.

The dam break caused a sea of muddy sludge to bury the site’s cafeteria where workers were eating lunch, before engulfing nearby houses, vehicles and roads.

The ruptured dam, 42 years old and 282 feet (86 meters) high, had been in the process of being decommissioned. Vale, the company working on the dam, said it had recently passed structural safety tests.

The mining company, one of the world’s biggest, was involved in a 2015 mine collapse elsewhere in Minas Gerais that claimed 19 lives in what is regarded as the country’s worst-ever environmental disaster.

In a television interview, Vale president Fabio Schvartsman said the disaster had happened even after the company followed safety recommendations by international experts.

“I’m not a mining technician. I followed the technicians’ advice and you see what happened. It didn’t work,” he said.

However, Mr Schvartsman, who took office in May 2017, promised previously that his company would “go above and beyond any national or international standards… We’ll create a cushion of safety far superior to what we have today to guarantee this never happens again.”