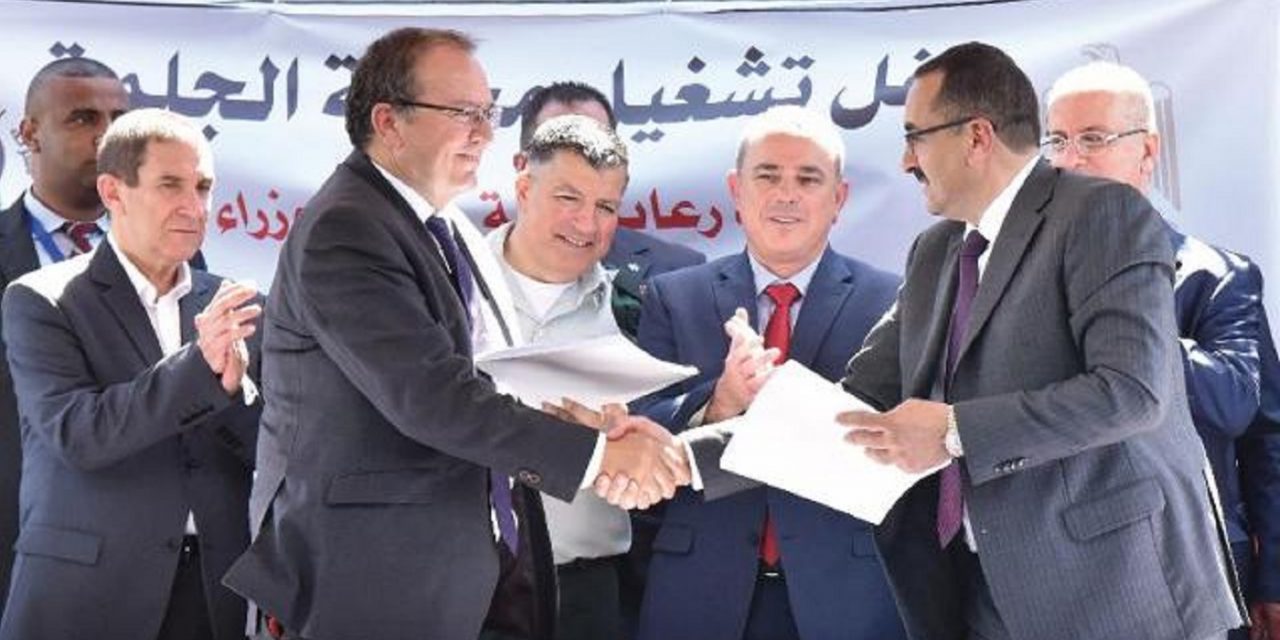 The Israel Electricity Company (IEC) and the Palestinian Authority (PA) on Monday signed the first commercial agreement between them, which will increase the electricity supply in northern Samaria.

During a ceremony marking the historic signing, an electrical substation in the Jenin area, in Samaria, transferred into Palestinian control.

The station will significantly strengthen the Palestinian economy.

The agreement stipulates that the new power station, which begins operating in the next two days, will increase the electricity supply by about 60 megawatts to northern Samaria, including the Palestinian cities of Jenin, Qabatiya and Tubas.

The new substation is capable of providing up to 135 megawatts and is one of four of its kind owned by the PA, with the other three still under construction.

This agreement is the fifth such pact to be signed by Israel and the Palestinians in the last three years in the areas of finance, power and water.

Steinitz welcomed the agreement stating, “This is definitely an encouraging historic moment… Israel is interested in promoting the infrastructure of electricity, water and natural gas in the Palestinian Authority, and here we are the first example of fruitful cooperation leading to prosperity… we hope it will be a model for similar projects in the future.”

Mordechai stated that the ceremony “symbolizes the first step of the electricity agreement signed a year ago, which…allows Palestinians to manage the electricity sector. When there is a direct bilateral dialogue between us and the Palestinians, we reach important goals and agreements. Coordination and liaison in both civil and security fields are significant components of stability in Judea and Samaria.”

COGAT, the IDF unit responsible for implementing government policy in Judea and Samaria and vis-à-vis the Gaza Strip, stressed that this agreement follows a previous agreement of principles signed in September, which regulated the payment of PA’s massive debts to Israel’s electricity company.