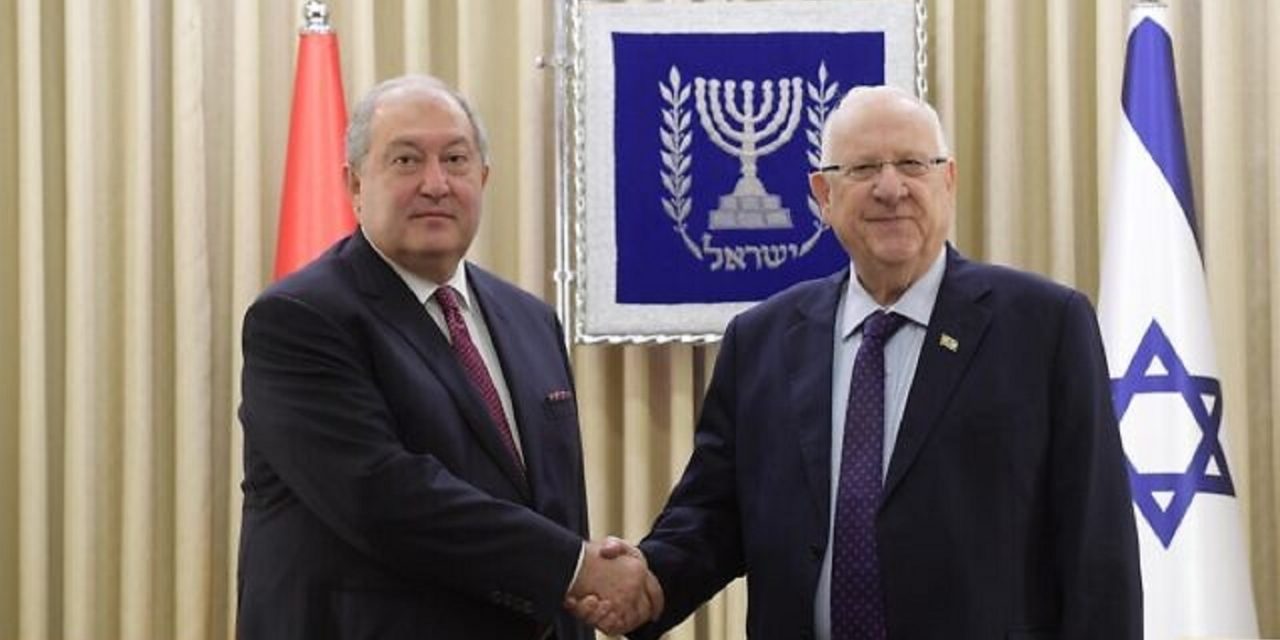 President Reuven Rivlin spoke on the phone to his Armenian counterpart Armen Sarkissian on Monday, amid anger in the capital Yerevan over Israeli arms sales to Azerbaijan as a border dispute between the countries flares.

Shortly after the call, Armenia’s Ambassador to Israel Armen Smbatyan told Armenian news site Factor.am that Yerevan was in talks with Jerusalem and believes weapons sales could be halted in the coming days.

“I think that in this situation, Israel will stop supplying weapons to Azerbaijan. We are cooperating with the Israeli Foreign Ministry, there are certain people in the presidency, there are people who have influence.

“In two or three days they seem to be on the way to stopping the supply of weapons… I was given a verbal promise,” he said.

In the phone call between presidents, Rivlin “expressed his sorrow at the outbreak of violence between Armenia and Azerbaijan in the Nagorno-Karabakh region and at the loss of life on both sides,” a statement from his office said.

“He added that the State of Israel has longstanding relations with Azerbaijan and that the cooperation between the two countries is not aimed against any side,” the statement added, in an apparent reference to Israel’s sale of military weapons to Baku.

“The president also noted that the State of Israel is interested in promoting relations with Armenia and is prepared to offer humanitarian aid, and that we welcome the opening of the Armenian embassy in Israel and hope that the Armenian ambassador will return soon,” Rivlin’s office said.