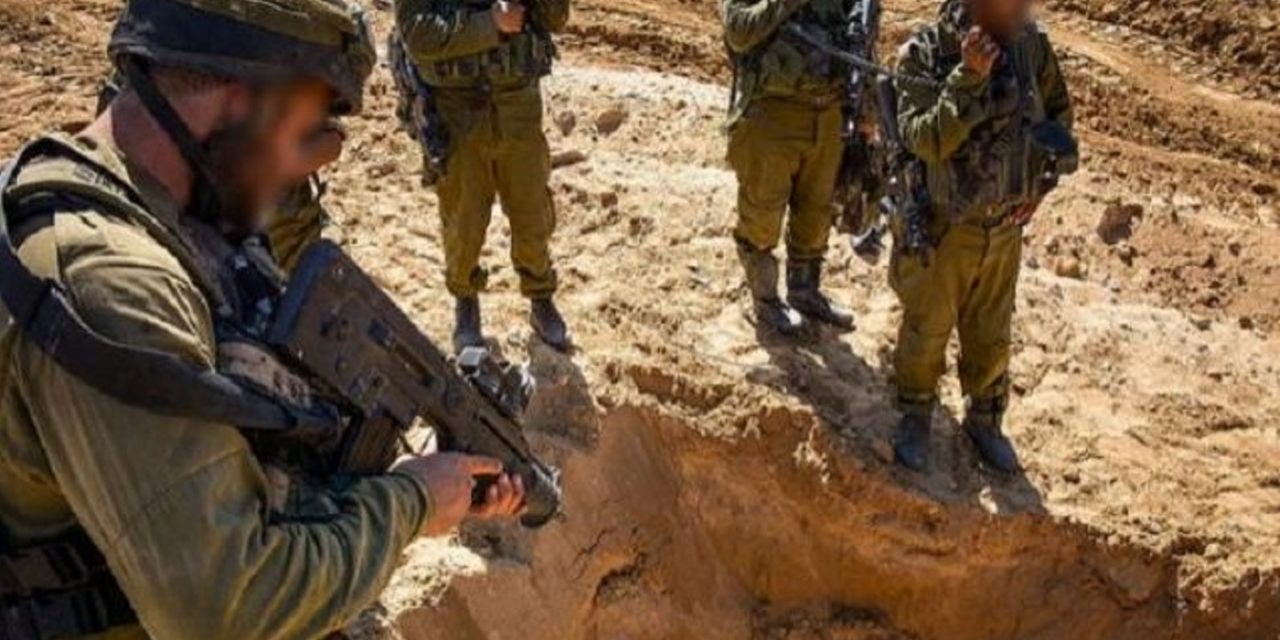 The IDF on Monday blew up and demolished a Hamas-built terror tunnel on the Gaza Strip border.

An IDF spokesperson announced that the tunnel, which was still in its construction phase, ran into Israel, and was demolished inside Israeli territory.

“This consists of a blatant breach of Israel’s sovereignty, an unacceptable situation which prompted the IDF’s actions,” the IDF stated.

Eight Palestinian terrorists were killed and 11 were wounded.

The IDF surmised that the casualties occurred during the rescue efforts conducted after Israel’s demolition, and not by the demolition itself. The IDF further stated that it had no intention of killing the terrorists, just neutralizing the tunnel threat.

Hamas called the incident “a grave escalation against our people and against our resistance aimed at harming our steadfastness and unity.”

The Izz al-Din al-Qassam Brigades, the armed wing of the Hamas movement, released a statement following the attack, saying that “the blood of the martyrs would not be wasted, and that the Israeli occupation bears responsibility for the consequences of this aggressive escalation.”

Islamic Jihad announced that the cease fire with Israel is over and that “all options are open.”

“We will take all considerations into account, but we will not allow the enemy to set the rules of engagement,” senior Islamic Jihad leader Khaled al-Batash said.

While Israel estimates that the Palestinians will not escalate the situation significantly, Israeli forces on the border with Gaza are on high alert, and the IDF deployed several Iron Dome anti-missile batteries throughout the south to counter any possible rocket attack emanating from Gaza.

Military spokesman Lt. Col. Jonathan Conricus called it a “grave and unacceptable violation of Israeli sovereignty” and that Israel holds Hamas responsible for the breach of its territory.

Conricus said the assumption is there are more terror tunnels running into Israel aimed at attacking its soldiers and citizens.

“Those who try to harm us, we harm them,” said Israeli Prime Minister Benjamin Netanyahu after the incident.