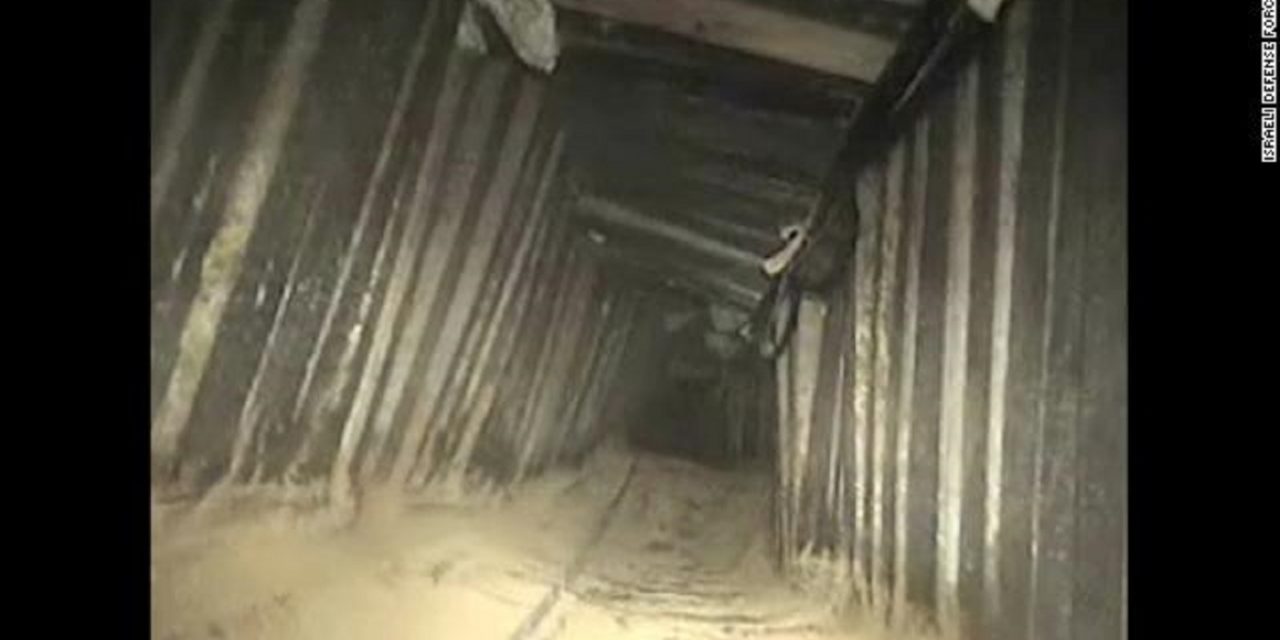 The IDF completed its destruction in the early hours of Sunday morning of a Hamas terror tunnel that was attacked by Israeli jets Saturday evening underneath the Kerem Shalom border crossing.

The tunnel reached all the way to the Egyptian side of the border and was dug from Rafah at a length of approximately 1.5 kilometers.

IDF completed the destruction of another Hamas #terror tunnel, infiltrating into Israeli territory from #Gaza, the third such tunnel in the past 2 months.

This is a severe breach of Israel's sovereignty & a threat to Gaza-bound humanitarian efforts.pic.twitter.com/IgwPtcfItL

Prime Minister Benjamin Netanyahu said the same evening that Israel would continuue to “systematically respond with even greater force” to terror attacks launched by Hamas from the Gaza Strip, confirming that the Israel Air Force (IAF) had attacked the Hamas target in the southern Gazan city.

“There are people who say that the IDF attacks sand dunes. That is not correct. We are responding to aggression against the State of Israel and are taking vigorous and systematic action against hostile infrastructures,” Netanyahu said as he boarded the plane for his departure for India.

“Hamas needs to understand that we won’t allow these continued attacks and we will respond with even greater force.”

Israeli planes bombed the tunnel opening at around 11pm Saturday night on the Gazan side in Rafah, some 900 meters from the enclave’s border with Israel.

The tunnel penetrated 180 meters into Israel territory, passing underneath Kerem Shalom, the only commercial crossing between Gaza and Israel which serves as the conduit for gas and diesel pipelines and antennas. Israel shut down the crossing before the IAF attack until further notice.

This morning, the IDF completed the destruction of the third Hamas terror tunnel infiltrating Israeli territory in the past 2 months using the latest technology, intelligence, and operational capabilities pic.twitter.com/ZAh1biCjfN