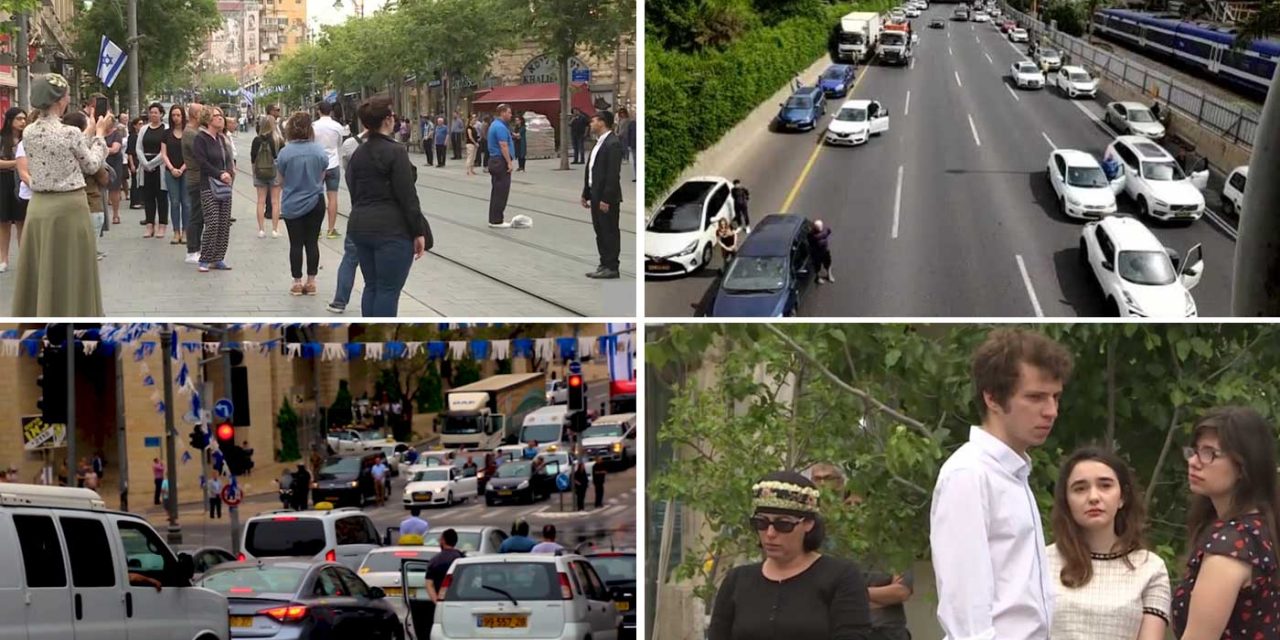 Today is Yom HaShoah, Holocaust Remembrance Day for the Jewish people. On this day each year, a phenomenon takes place. At 10 am, sirens begin to sound throughout Israel and everything stops.

Highways that were busy before the siren suddenly come to a complete standstill and the drivers get out of there vehicles and stand next to their cars, often with the doors still open. Shopping malls too see busy shoppers suddenly stop, standing still where they were and bowing their heads in remembrance.

The siren, or Tzfirah as it is called in Israel, was passed into law in 1959 to be sound on the morning of the Holocaust Remembrance Day every year. It gives Israelis a prompt to stop what they are doing for two minutes so they can remember the 6 million Jews who were killed in the Holocaust. They do this so they never forget.

🔴 LIVE: Today, Jews in Israel and around the world commemorate those who perished in the Holocaust. In Israel, civilians stand silent for a moment to remember.📺 More i24ne.ws/jVMG30ohm5p