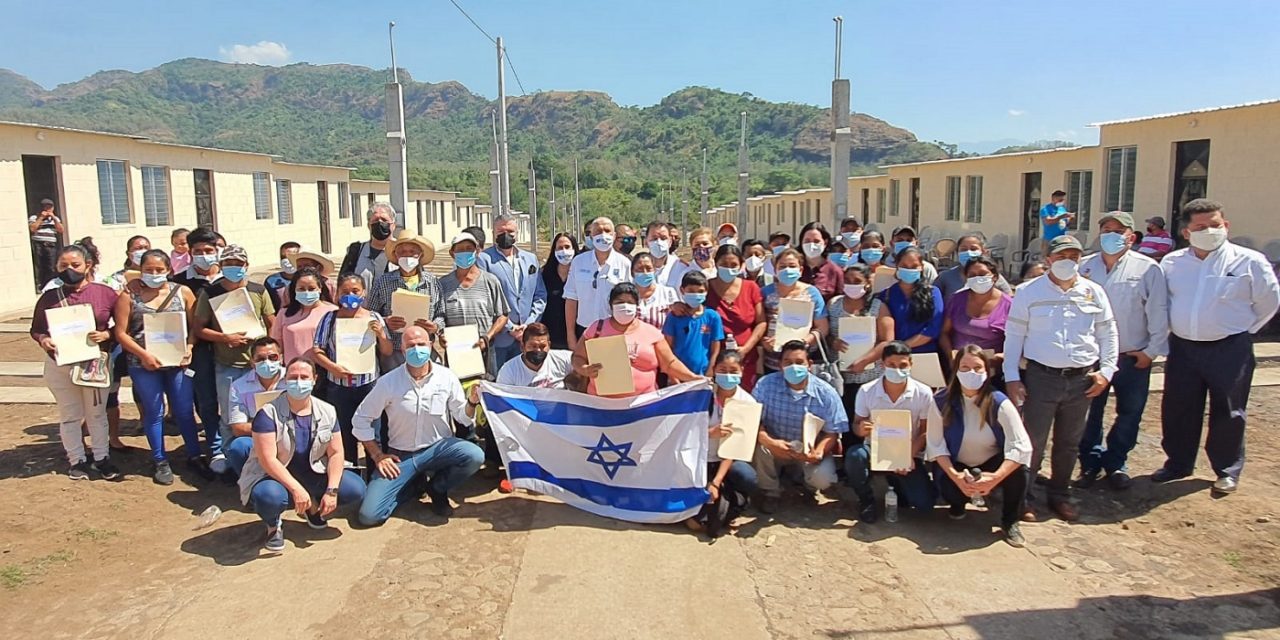 Israel’s embassy in Guatemala has finished building houses for 39 families in the town of Escuintla whose homes were destroyed in the 2018 Fuego volcanic eruption.

Matty Cohen, Israel’s ambassador to Guatemala and Honduras, personally handed over the deeds to each family who received new homes.

“The State of Israel promised, and we are happy,” said Cohen. “Israel will always continue to assist our friend and ally Guatemala.”

The homes sit on “Jerusalem Capital of Israel Street,” the 19th street in Guatemala with that name, according to the Foreign Ministry.

The Ambassador of @IsraelinGT handed over new houses to families that lost their homes in the deadly 2018 Fuego volcano eruption. The 39 houses were built as part of the Guatelinda housing project carried out by the Embassy of Israel in #Guatemala in the town of Escuintla pic.twitter.com/qawHDd1HkA

More than 190 people were killed in the volcanic eruption in the Central American country in 2018.

Recent years have seen improved ties between Israel and some Latin American countries, including Guatemala, Honduras and Paraguay.

Guatemala moved its embassy to Jerusalem in May 2018, two days after the US became the first country to opn an embassy in Israel’s capital.