Israel becomes fourth country to launch spacecraft to the moon 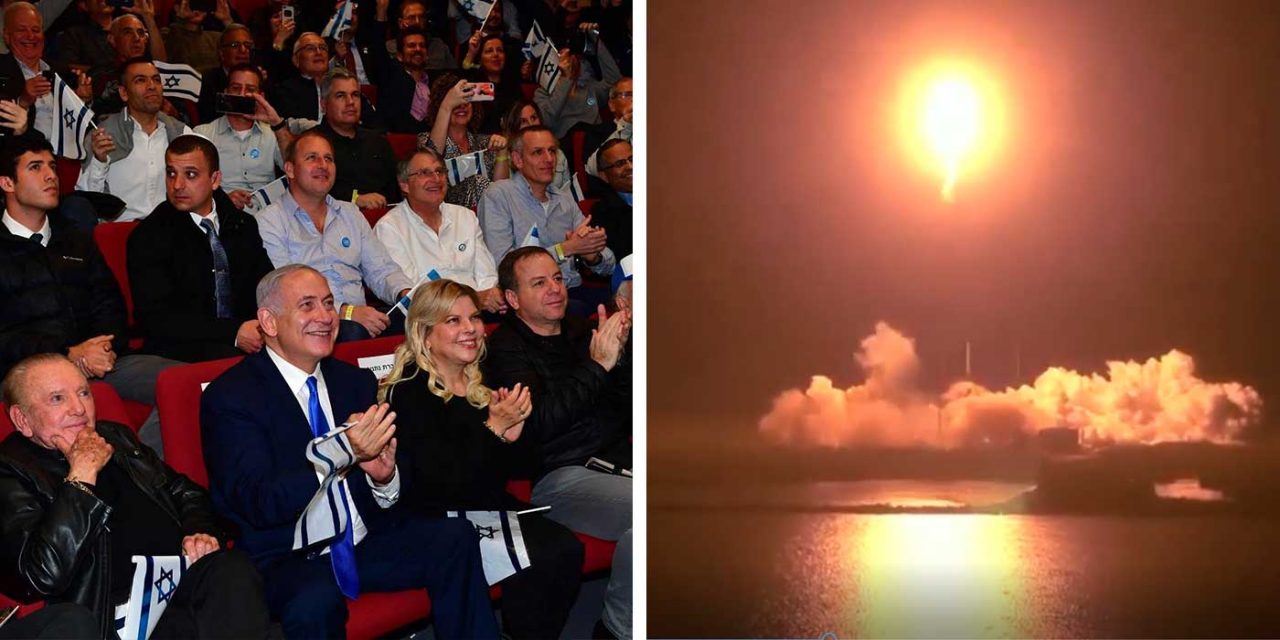 Israel has become the fourth country in history to launch a mission to land on the moon.

The 585-kilogram (1,290-pound) Beresheet spacecraft, which means “Genesis” in Hebrew, was launched into space Friday morning from Cape Canaveral in Florida.

The Israeli craft will be placed in Earth’s orbit, then begin a seven-week trip under its own power to reach the Moon and touch down on 11 April in a large plain on the moon’s surface.

The four-legged spacecraft, about the size of a car, will be the smallest and cheapest spacecraft to land on the moon.

The Other partners are Israel Aerospace Industries (IAI), Israel’s space agency, and the country’s Ministry of Science and Technology.

The shuttle is expected to land on the moon on 11 April 2019 and contains messages from earth, including an Israeli flag and a message of “Am Yisrael Chai”, which means, “the nation of Israel lives”.

Prime Minister Benjamin Netanyahu, who was also at the command center for the launch, blessed the initiative, saying:

“This is a great achievement and it is very moving. It shows what we are capable of, thanks to the people here, and the people that are here behind me (in the control room) including the scientists, engineers, physicists, mathematicians, managers and donors. Morris, thank you. Thanks for all the initiatives to whoever came up with this brainstorm. We decided to assist, the Science Ministry. I would not be so bold to say that we gave the lion’s share but I must say that the entire people of Israel are here behind you, with great faith and enormous excitement.

I asked that a Tanakh, an Israeli flag and the writing ‘Am Yisrael Chai’ [the People of Israel Live] be taken to the moon. They told me ‘It’s OK. It has already been taken care of.’ This is something that it was possible only to dream about.

We are a small, but huge, country – huge in initiatives, huge in its ability to do things, huge in achievements. There are four countries that have launched spacecraft to the moon”

“This launch for us, the people who worked on the development and building of the spacecraft, is like a birth after a long pregnancy,” said Ehud Hayan, a space systems engineer at Israel Aerospace Industries. “When the spacecraft leaves the rocket, that’s it. Once it’s in space, we can’t do any more tests or adjustments. It’s the first time it will be working alone, starting its functions. And once everything starts working, the motors are going and the pictures are streaming, you’ll feel as if there’s something alive.”

Hayan said the launch is usually one of the most stressful parts of a space operation, but because they have outsourced the launch to the commercial space company SpaceX, the Israeli engineers couldn’t do anything except sit back and watch the launch, hoping for the best.

“We had a successful launch, we were injected into a good orbit, separated well, and have good communications,” said Dr. Ofer Doron, the general manager of the Space Division at Israel Aerospace Industries, after Beresheet separated from Falcon 9.

There is a small problem with one of the star trackers, which helps the spacecraft orient itself using the position of the stars, but Doron said there are other ways that the spacecraft will be able to maneuver onto the correct path.

He noted that this is the first time that a deep space operation is totally funded by private donors. “Everyone is looking at us to see if it will work,” he said. “Now, Europe and the US are looking at this model, changing their strategy. Instead of being responsible for everything, they are looking for commercial options.”

Hayan said the project’s shoestring budget of $100 million for development and production was limited by what they were able to fund raise. In comparison, NASA space shuttles cost about $1.5 billion, including development.

The Israeli government eventually contributed about NIS 7.5 million ($2 million), said Hayan. “We will never be NASA, we are a small country, with a small budget,” said Hayan. “The percentage of our space budget to the GDP is much smaller than other Western countries.” However, Beresheet set out to prove that space travel could happen on a budget, without billions of dollars of government support.