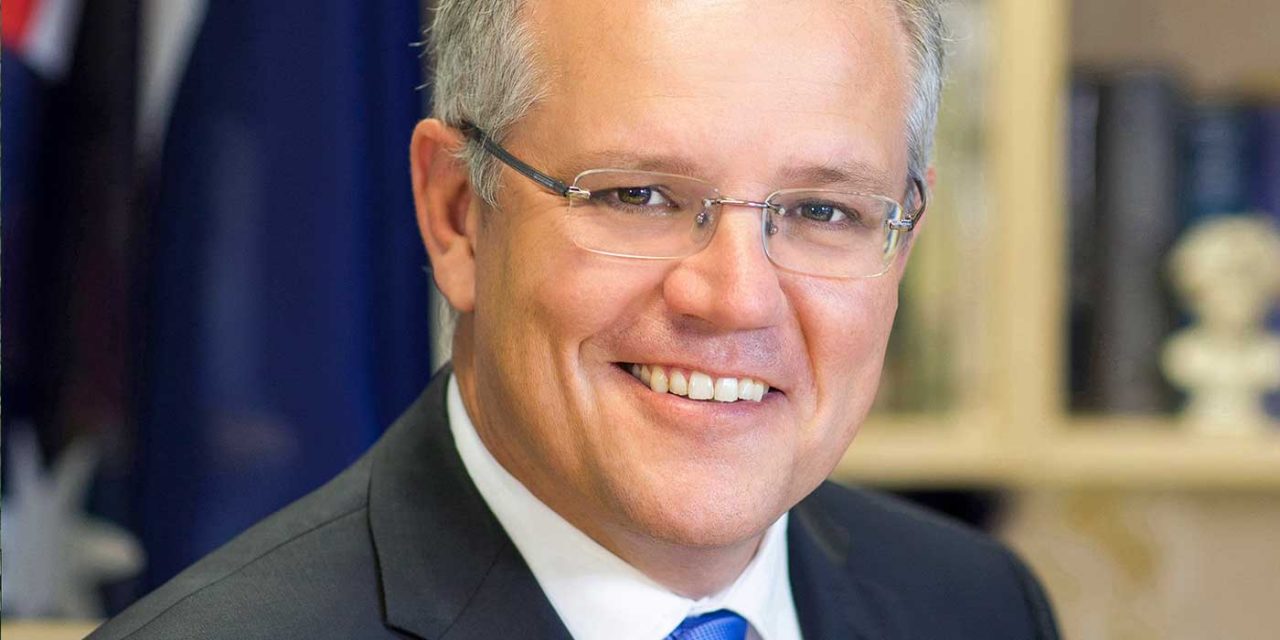 Australia’s Prime Minister Scott Morrison vowed on Monday that his country will continue to stand with Israel.

He made the comments in a Facebook video post in which he lauded the “historic relationship and friendship” between the two countries on the 70th anniversary of the establishment of diplomatic ties between Australia and Israel.

“I want to honor the historical ties and friendship that our nations proudly share,” he said. “On this anniversary, we remember that Australia was central to the establishment of Israel.”

In 1947, Australia chaired the committee that recommended the partition to the United Nations General Assembly, which then voted in favor of dividing the territory of Mandatory Palestine.

“Now, we did so because in the words of our then-prime minister we believed that the new nation of Israel will be a force of special value in the world community,” Morrison said.

Morrison explained that Israel’s recognition was fair and just, “and this remains as true today as it was then.”

“That faith… in Israel’s potential has been proven many times over,” he said, making it clear that Israel “is a modern, liberal, democratic success story.”

“[It is] a nation of immigrants, free press, parliamentary democracy and the source of tremendous innovation in our world today,” Morrison emphasized.

“Despite your success, there are many in the world today who continue to seek to bully Israel and we won’t be part of that and we won’t put up with it and we will stand by Israel every step of the way,” he said. “When we see that, whether it’s at the United Nations or elsewhere, what we do is we call it out, because we know that the standard you walk past is the standard you accept.”

The prime minister said the Australian people, especially the country’s ruling Liberal Party, are incredibly proud of Israel, adding that his party “always has been and always will be a friend of Israel.”

“We will always lean forward toward Israel, and not retreating and falling back,” he said.

Morrison highlighted that Israel and Australia are “steadfast friends” and that Australia “is looking forward to an even stronger bond between our countries and our peoples” in the years ahead.

Thank you Prime Minister Scott Morrison (ScoMo) for your words of friendship on the 70th anniversary of the establishment of diplomatic ties between Australia and Israel. Australia has been a firm friend of Israel, even before the birth of the State – with the friendship of our peoples spanning across generations. We are looking forward to the future and continuing from strength to strength in our ties, growing ever closer not only in trade, water, agriculture, defense and other technologies, but in the relationship between our peoples.

Posted by Israel in Australia on Sunday, 17 February 2019

In Parliament this week, Prime Minister Morrison said that Israel is “a beacon of democracy in the Middle East.”

He said that though Australia chaired the 1947 U.N. Committee which voted to divide the territory of Mandate Palestine, the country will be “standing by Israel in the face of biased and unfair targeting of Israel in the U.N. General Assembly.”

Morrison described Israel as “a nation of immigrants with a free press; parliamentary democracy; financially prosperous; the source of innovation in the world; and a refuge from persecution and genocide, that is somehow now the centre of cruelty in the world, according to some in the UN. That is intellectual fraud.”

The leader of the Labor opposition Bill Shorten said that: “The hard truth is that 70 years after Israel’s recognition: peace and security still elude the region.”

“All of us in this place, support the right of the people of Israel to live safely within secure borders. And as a true friend of Israel, my party strongly supports a two-state solution,” he said.

Sofer said he appreciated the sentiments by both Australian leaders. “The bipartisan expression of deep friendship between Australia and Israel, as expressed in the speeches of Prime Minister Scott Morrison and Opposition Leader Bill Shorten was indeed moving and heartfelt,” he told JTA. “Israel does not take this relationship for granted and will continue to nurture it in the best interests of the peoples of both our countries.”