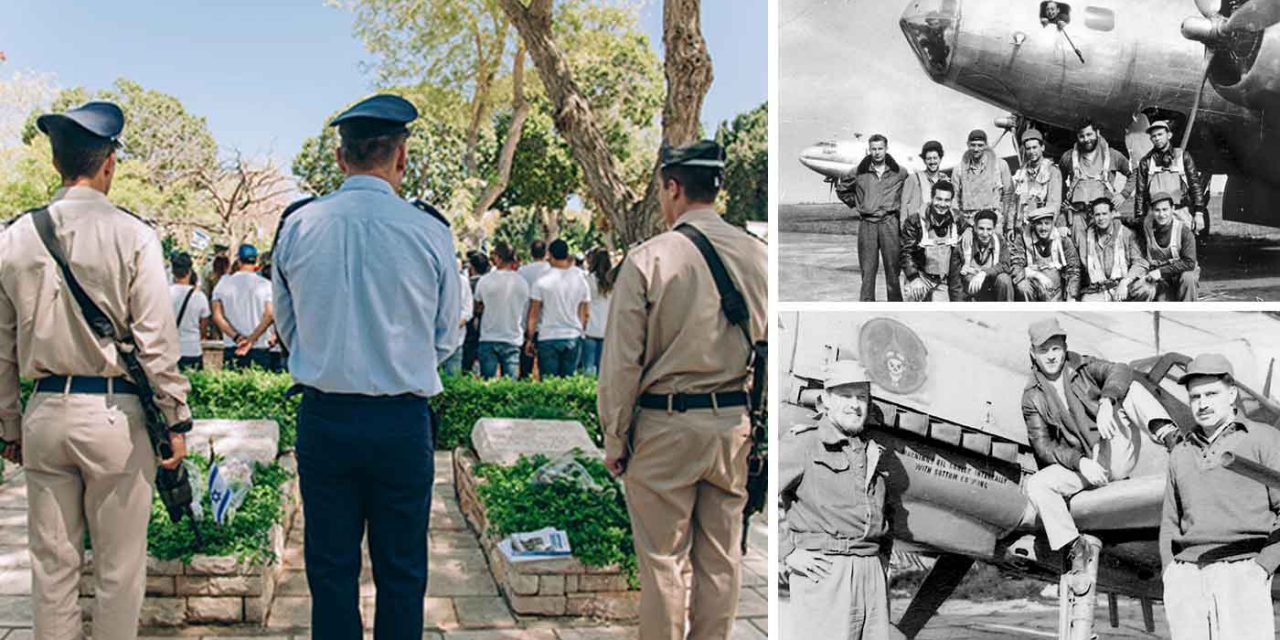 For the Memorial Day for the Fallen Soldiers of Israel, five Flight Academy cadets and their flight instructor visited the graves of five Christian pilots who died fighting for Israel’s independence. 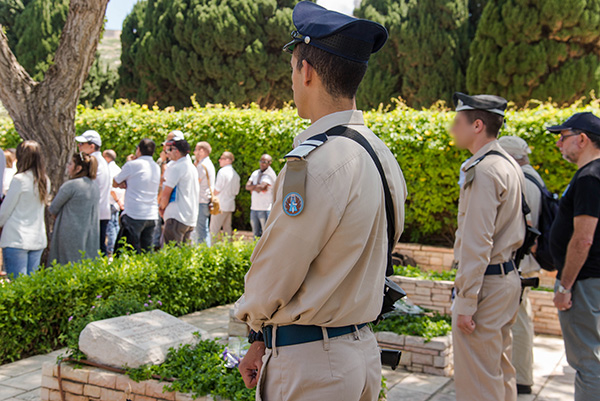 “I’ve always dreamt of flying ‘Spitfire’ planes, the kind used against the Nazis during World War II. Those were the most challenging and interesting dogfights and they required unique capabilities”, said Cadet A’ from the Fighter Division. A’ came up with the initiative for visiting the graves of pilots who volunteered to fight in the 1948 War of Independence and died in combat.

“We decided to visit the graves of the Christian pilots who volunteered and fought for the establishment of a Jewish state”, added Cadet A’. “It’s important for us to put flowers on their graves and tell the passersby who these people were, thus giving our thanks for their work”. 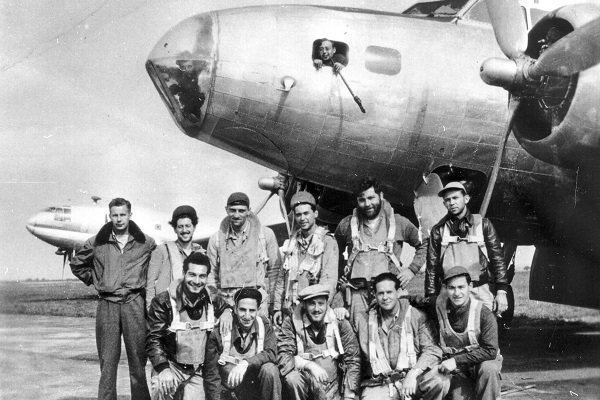 At the end of World War II, there grew a need for a country for the Jewish people – in 1948, the War of Independence broke out. “The Jewish military lacked operational experience”, said Lt. Col. A’, a flight instructor at the Flight Academy. “Israel’s new air force couldn’t afford protecting its country with Israeli aircrews alone”.

And so, Jewish leaders from Israel began contacting Jewish pilots overseas; when they realized it was not enough, they began contacting Christians as well. They all had flight experience following World War II, and decided to volunteer in order to help establish Israel. They arrived during the toughest days of the War of Independence, when they were needed the most. 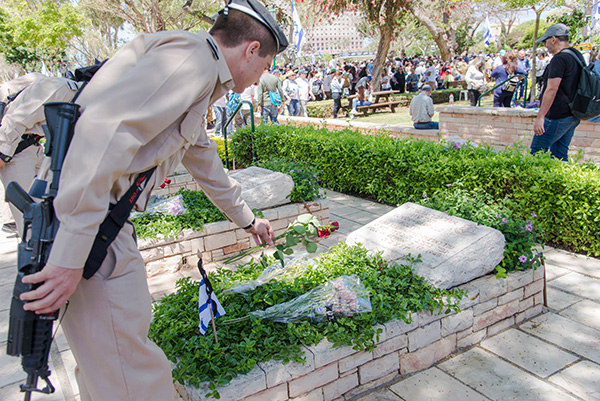 One pilot’s contribution to the country was so great that it cost him his life. Leonard Fitchett Z”L, a Canadian Christian, was a pilot in the Royal Canadian Air Force during World War II. After the war ended, Fitchett got to see a Nazi concentration camp from up close – the experience was so influential that he decided to join the other volunteer pilots in Israel.

On October 19 1948, then Head of Operations Department Yigael Yadin decided to attack the Egyptian-held police fort of Iraq Suwaydan. Aharon Remez, then Commander of the IAF, chose a Palmach pilot for the operation. That same night, Fitchett broke into Remez’s room in the Yarkon Hotel in Tel Aviv and threatened him with a gun. He said: “Your Israeli pilots have the guts, but they don’t have the experience – they’ll be killed without successfully dropping the bombs. I’m the only one who can do it”. The day after, Fitchett struck the fort. Even though one of his engines was hit, he managed to return safely. However, two days later, he was killed alongside two other volunteers in another strike on the same target. 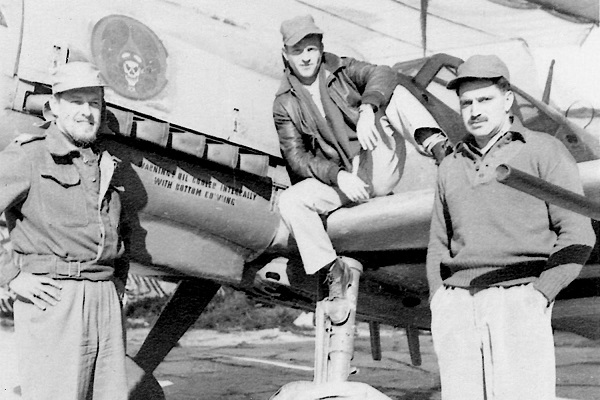 “Their spirit motivates me”

“It doesn’t matter if you’re Jewish or Christian. If you’re a pilot, the only thing that matters is what you fly for”, said Cadet A’. “I feel a connection with the Christian volunteers because of their causes, not because of the God they believed in”.

A’ says that it’s a great honour for him to visit the Christian volunteers’ graves on Memorial Day, especially when he has his Flight Course insignia on his shoulders. “Being here and paying my respects as a representative of the Flight Academy is like a dream come true”, he said excitedly. “Their spirit motivates me to become the best pilot I can become. I feel like I’m carrying on their legacy, flying for the same cause with the same ideology – ensuring that the Jewish people in Israel are protected and safe”. 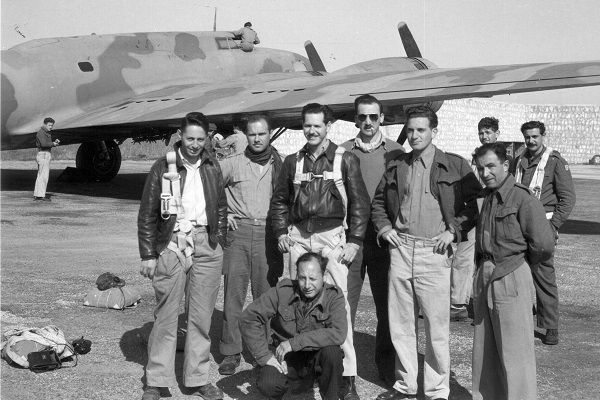 For a Great Cause

When the war started, Israel’s chances of success were low. The price was steep, and the struggle was long and hard. At the end of the war, the country’s new borders were determined and the dream of a home for the Jewish people became a reality. However, we must remember that without the external support from various countries – especially those volunteering pilots – the recently established Jewish state would not have survived.

Cadet A’ knew what we wanted to do from a very young age, when his father bought him a book about aeroplanes. “I didn’t know how to read, but it had pictures; I would look at it every day and it made me realize I loved aeroplanes so much I wanted to pilot a fighter jet when I grew up”. Thus, A’ joined those volunteering pilots in their goal – a dream of flying. 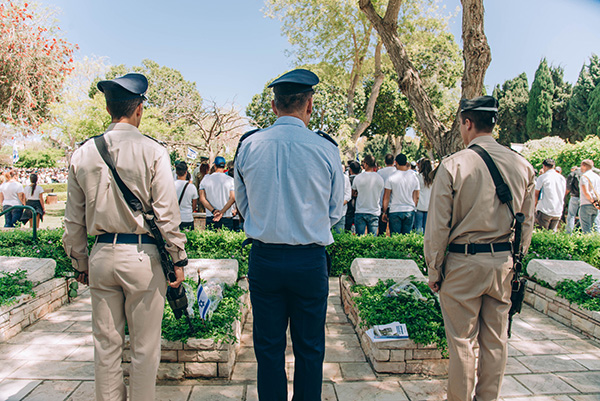 “What I think is especially noticeable about the volunteering Christian pilots is that they put their private lives on the side and came to fight for something greater”, elaborated Cadet A’. “They did things they loved for a goal they thought was right, in spite of the risks involved. And they won. Their victory is the fact that we have a country”.