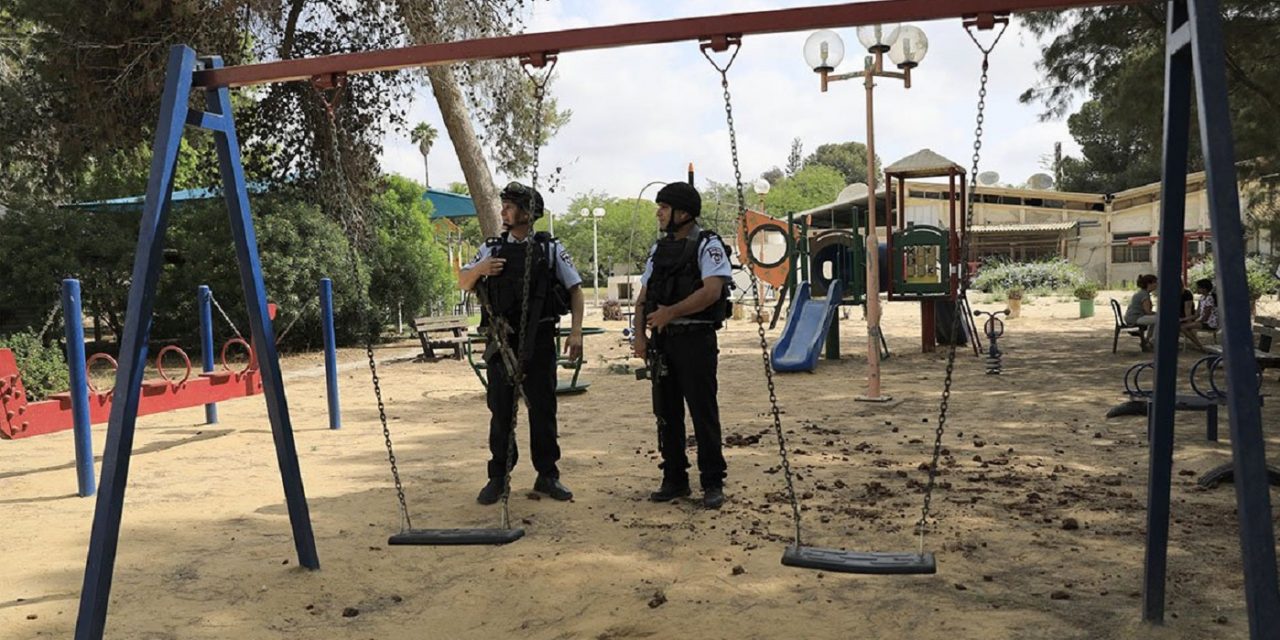 The Israeli military has struck targets in the Gaza Strip in response to an early morning barrage of at least 28 mortar shells from Gaza at communities in southern Israel.

It appeared to be the largest attack from the Gaza Strip, in terms of the number of projectiles fired, since the 2014 war, known in Israel as Operation Protective Edge. Most of the shells were intercepted by the Iron Dome missile defense system.

In a statement, Iranian-backed Islamic Jihad described its attack as “a blessed response of the resistance,” adding, “our people’s blood is not cheap.”

The strikes came shortly after Prime Minister Benjamin Netanyahu had vowed to respond “with great force” to the mortar shells, one of which landed in the playground of a kindergarten less than an hour before children were due to arrive with reports that one adult was injured.

“Israel views the attacks on it and on its communities by Hamas and Islamic Jihad from the Gaza Strip with great severity,” Netanyahu said earlier, during a conference in the northern Galilee region, ahead of urgent security consultations set to take place later in the day.

“The IDF will retaliate with great force to these attacks,” the prime minister added. “Israel will make anyone trying to harm it pay a heavy price, and we view Hamas as responsible for preventing such attacks against us.”

As a matter of policy, the Israeli army considers Hamas, which rules Gaza, to be responsible for any attack emanating from the Gaza Strip.

A Hamas spokesperson commented that “Israel will fail in the attempt to change the rules of the conflict and set a new equation on the ground.

“The resistance in the Gaza Strip reserves its right to react or remain silent in accordance with the interest of our people, and this does not come out of weakness,” he said.

Lt. Col. Jonathan Conricus is reporting from the Israeli kindergarten that was hit by several mortars earlier this morning. The kindergarten is located in a kibbutz near the Gaza Strip pic.twitter.com/vZBa0y0UJm