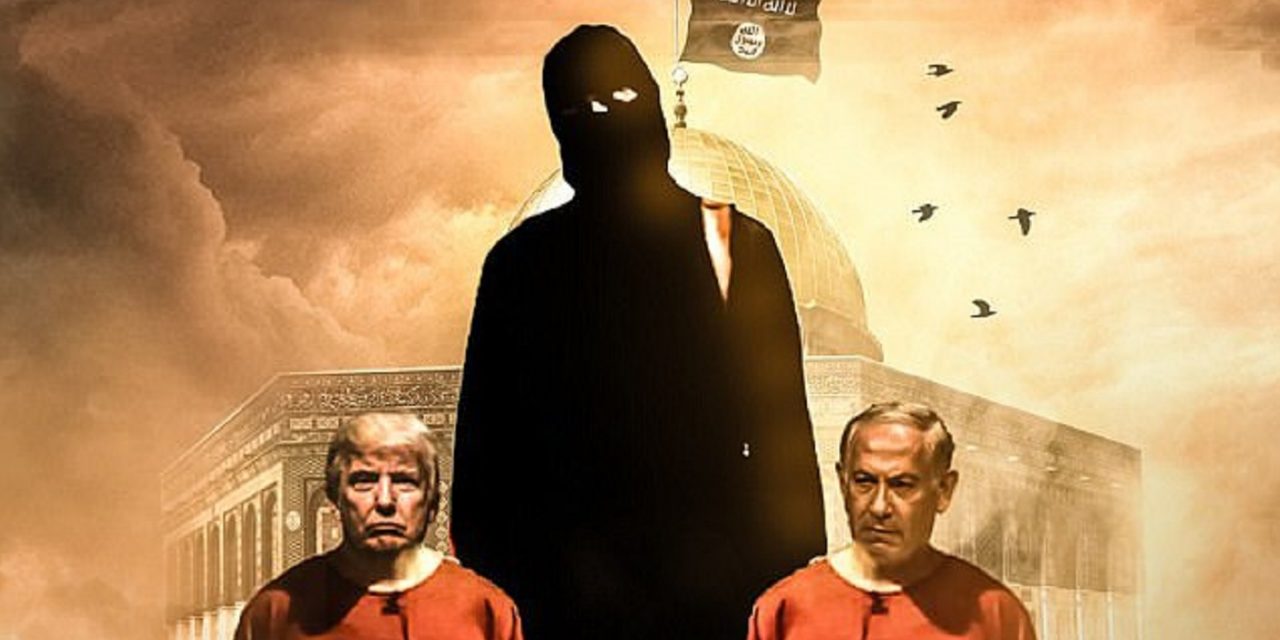 In one poster, US President Donald Trump and Israel’s leader Benjamin Netanyahu can be seen dressed as prisoners and kneeling before a jihadist executioner in front of the Al-Aqsa mosque in Jerusalem.

The picture comes with the warning: ‘O Jews and worshippers of the Cross. We swear to break your necks and shed your blood in Alaqsa front yard and everywhere else, this is the promise of Allah and we will make it come true. Beware. The coming will be the most terrible and bitter.’

A separate set of images shows flames engulfing the US Capitol building in Washington DC and an extremist with a handgun in California.

They also show the Manhattan skyline and the aftermath of a truck attack in October in which a rented vehicle ploughed into cyclists and runners for about a mile along the Hudson River Park’s bike path killing eight and injuring eleven others.

The online images emerged after a taxi driver attempted to detonate a pipe bomb a the Port Authority Bus Station subway station in New York yesterday. 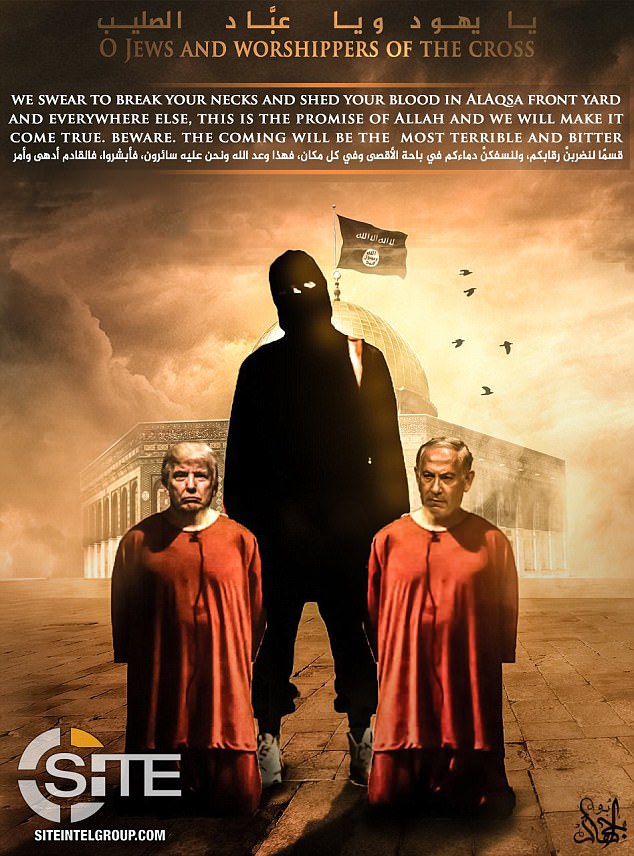 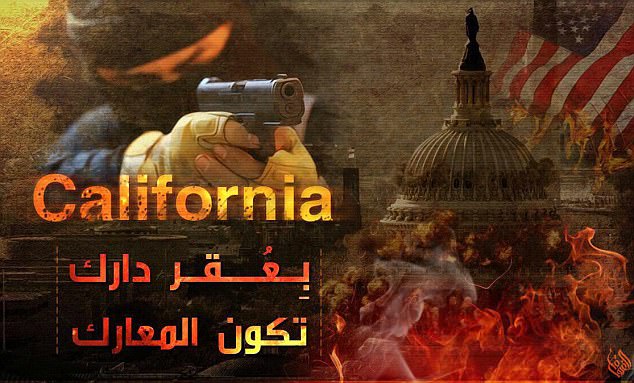