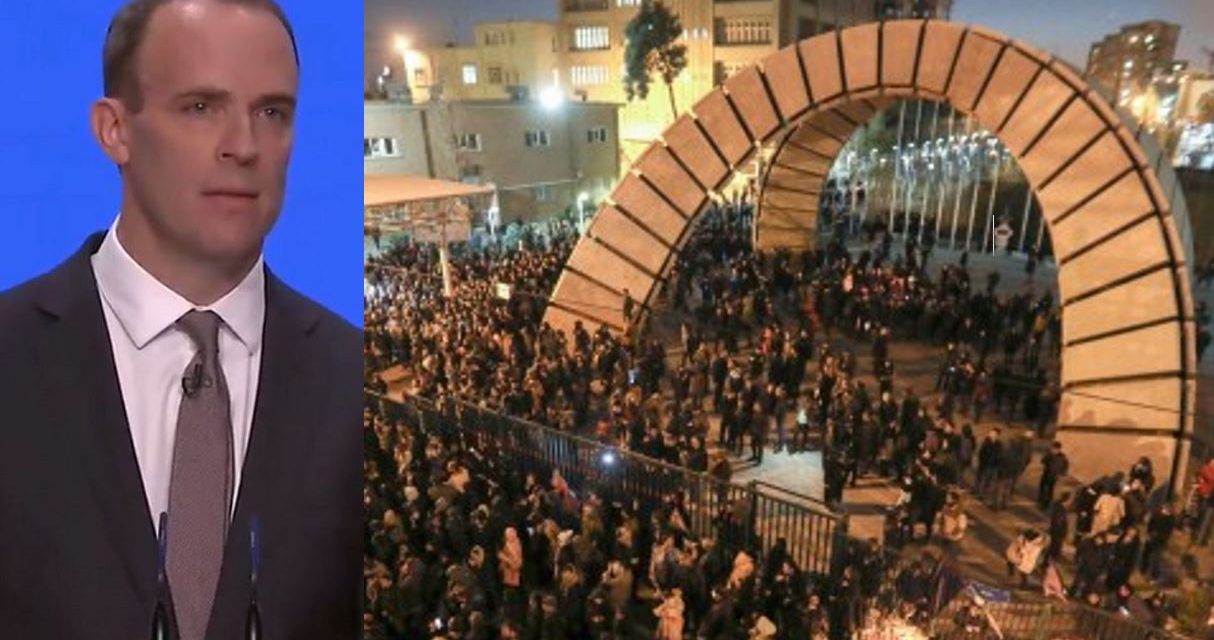 UK Foreign Secretary Dominic Raab has said the detention of the UK’s ambassador to Iran “without grounds or explanation is a flagrant violation of international law”.

Iran’s Tasnim News Agency reports that the ambassador was taken into custody for several hours before being released and will face Iran’s foreign ministry on Sunday morning.

Thousands of Iranians demonstrated outside Amir Akabir University Saturday evening following the shooting down of a Ukrainian plane.

In a statement, Mr Raab said: “The arrest of our ambassador in Tehran without grounds or explanation is a flagrant violation of international law.

“The Iranian government is at a cross-roads moment.

“It can continue its march towards pariah status with all the political and economic isolation that entails, or take steps to de-escalate tensions and engage in a diplomatic path forwards.”

CUFI calls upon the UK government to withdraw from the disastrous Iran deal. Surely now the UK must act. Please add your voice by signing our petition. 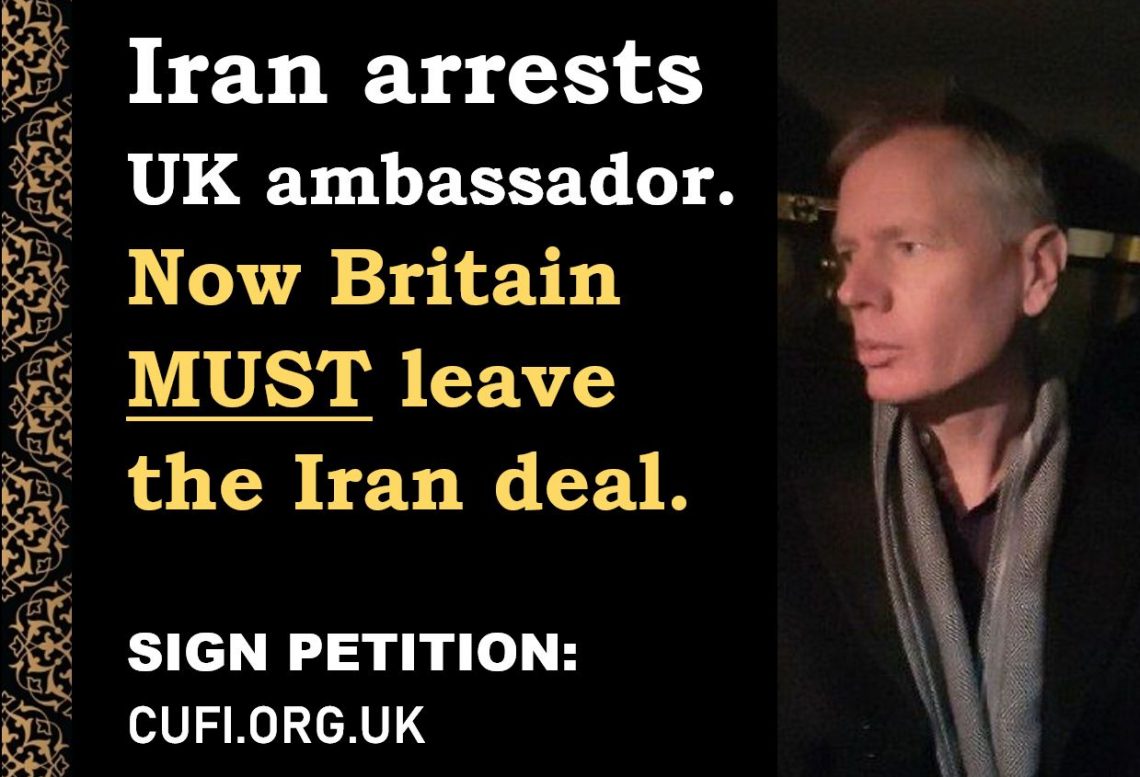