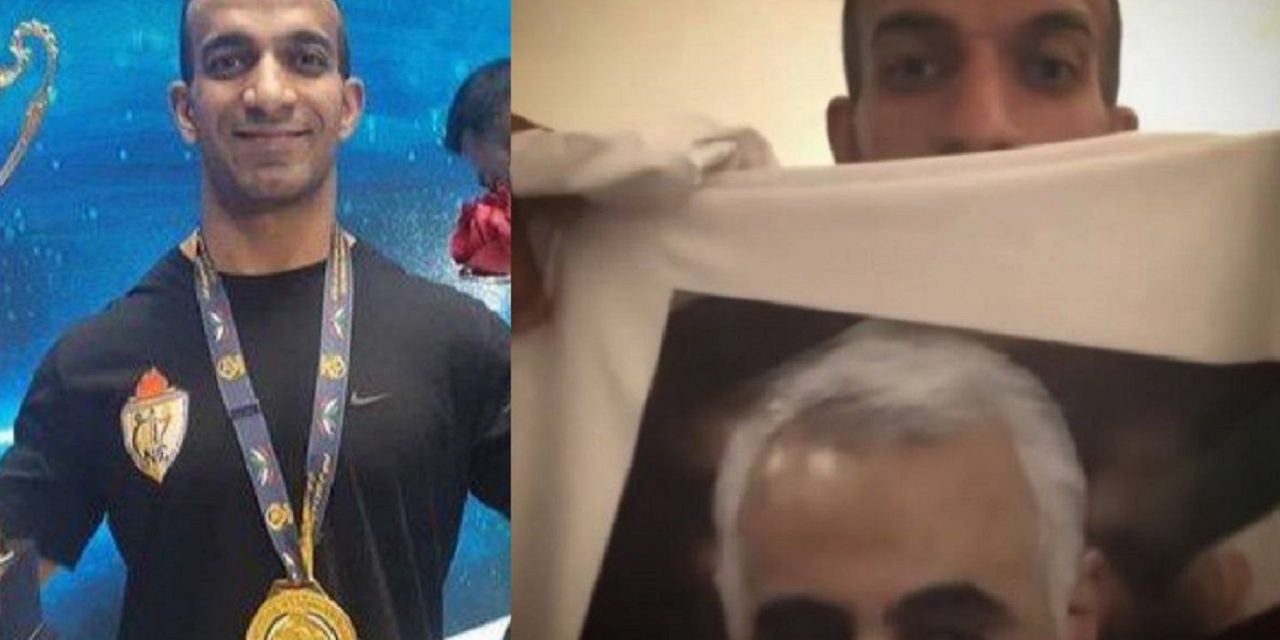 The decorated Iranian powerlifter Amir Assadollahzadeh is seeking asylum in Norway since his November defection to avoid execution or torture in the Islamic Republic of Iran for his refusal to sport a T-shirt of the late US and EU-designated terrorist  Qasem Soleimani.
Soleimani was the Iranian regime’s most powerful military commander, who oversaw the killing of over 600 American military personnel, and was assassinated on January 3, 2020 by an American drone strike.
Assadollahzadeh told CNN sports journalist Don Riddell that a representative from the clerical regime with the International Powerlifting Federation pressured him to wear the T-Shirt.
“I refused to wear the shirt and I was confronted with threats,”  Assadollahzadeh said, adding “If you refuse to wear the shirt, upon your return to Iran, both you and your family will face problems.”
Assadollahzadeh continued that “And you will be treated like someone who is against the regime and someone who has refused to work with us. Your life may also be in danger.”
Sardar Pashaei, the manager of the United for Navid campaign that seeks justice for the wrongfully executed champion Iranian wrestler Navid Afkari, told The Jerusalem Post that “The case of Amir Assadollahzade was one of the cases that showed how much Iranian athletes are under pressure from the Iranian government and have become victims of politics. In what other country in the world does an athlete have to wear the image of a political or military figure and be punished for not wearing it?”
Pashaei, a renowned Greco-Roman Iranian wrestler world champion who coached Iran’s national Greco-Roman team, added that “We have sent the reports of Iranian athletes to the IOC [International Olympic Committee]  and we are still waiting for their response. Because if the IOC does not take serious action to support athletes, we will see more athletes in dangerous situations.”
The elite Iranian powerlifter Assadollahzade opted to defy the Islamic Republic and did not participate in the International Powerlifting Federation competition in Norway.
https://twitter.com/FarashgardFdn/status/1461455003319738383
Read more at Jerusalem Post