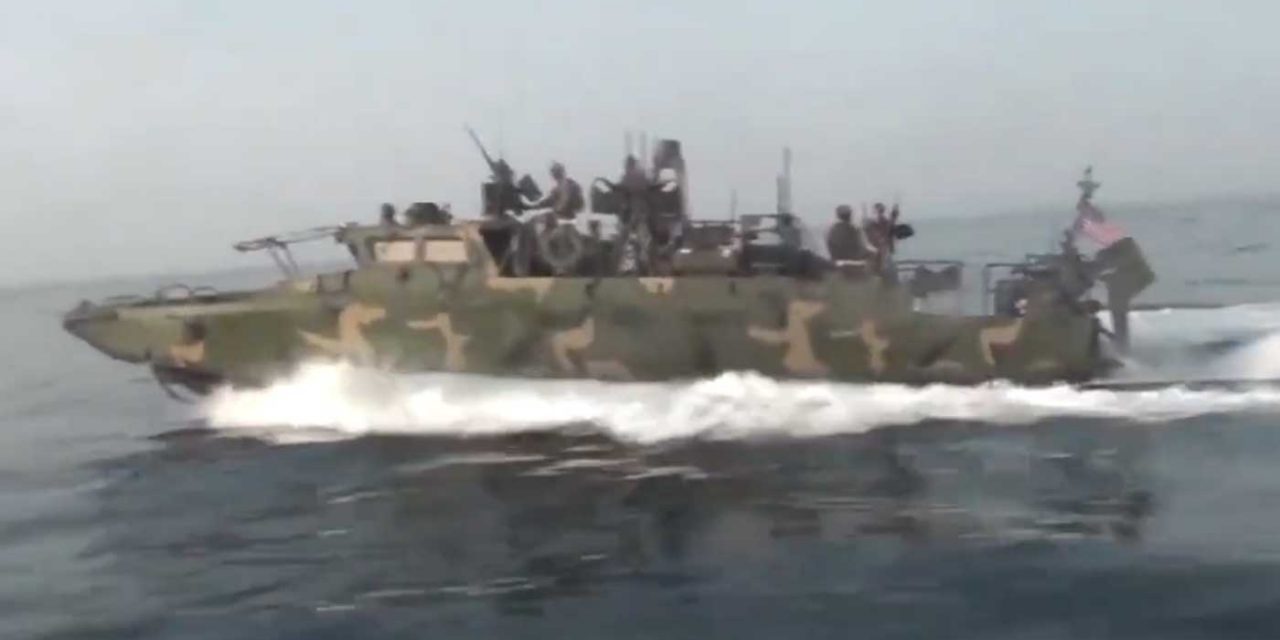 Iran’s state TV reported Thursday that speedboats belonging to the country’s paramilitary Revolutionary Guard had intercepted a US Navy vessel in the Persian Gulf. However, a US Navy spokesman said he was not aware of any such encounter at sea over the past few days.

The footage was aired on Press TV and appears to show small Iranian vessels in pursuit of larger American speedboats that are armed with machine guns and have several US personnel on board.

In the video a voice can be heard in Farsi, saying, “Keep chasing them”.

The chase ends when the US speed boats come closer to US warships and a military helicopter flies overhead in the distance. The Iranian vessels then back away and film the larger warships from a distance.

There is no indication from the footage that any US forces were in danger or that the Iranian ships were a threat to them, but these tactics by Iran to harass boats is nothing new. The Iranians seek to intimidate and humiliate the US and its allies whenever possible and seek to assert their dominance over the international waters that they claim as their own.

It is unclear when this footage was taken. Cmdr. Timothy Hawkins, a spokesman for the U.S. Navy’s Bahrain-based 5th Fleet, said he wasn’t aware of any sort of unsafe interaction with Iran in the last two days.

There were reports in May of a similar incident when a US vessel was harassed by two Iranian speedboats. At that time the US boat fired warning shots at two Iranian ships who were said to come dangerously close to their vessel.