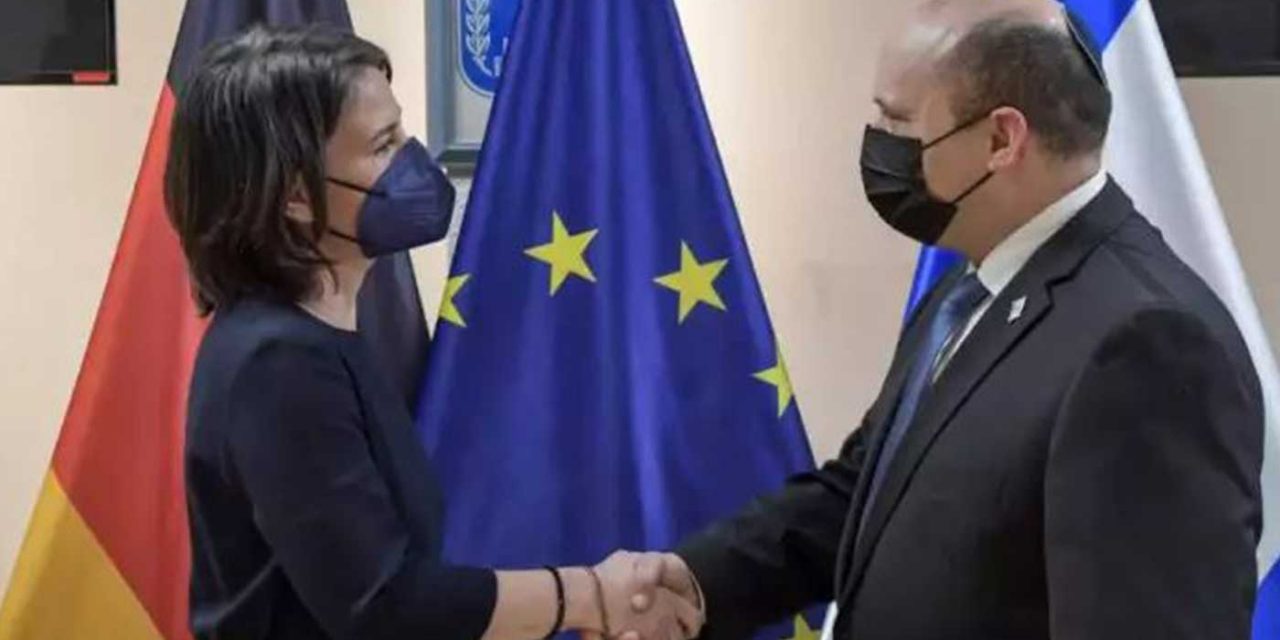 Prime Minister Naftali Bennett met with Germany’s top diplomat Annalena Baerbock in what was her first Israel visit in the position. The two discussed the Iran nuclear deal and the coronavirus pandemic.

The two discussed regional and security challenges, chief among them the Iranian nuclear program, at length. Bennett presented Israel’s position, which holds that cutting a deal with Tehran would be a mistake and would put the entire Middle East at risk. Bennett further emphasized the need to designate an end date for talks as their extension only served Iran’s interests as the Shiite regime continued to enrich uranium.

Baerbock met with Foreign Minister Yair Lapid earlier Thursday. At a joint press conference with Lapid in Tel Aviv, she said nuclear talks with Iran are entering a “final phase” and that, despite Israeli reservations, a return to a nuclear agreement would make the region safer.

Her remarks come as negotiations between Iran and world powers reconvened this week in an effort to revive a 2015 nuclear accord that curbed Tehran’s nuclear program.