Instead of offering solutions to COP26, Palestinian PM blames Israel for its climate failings 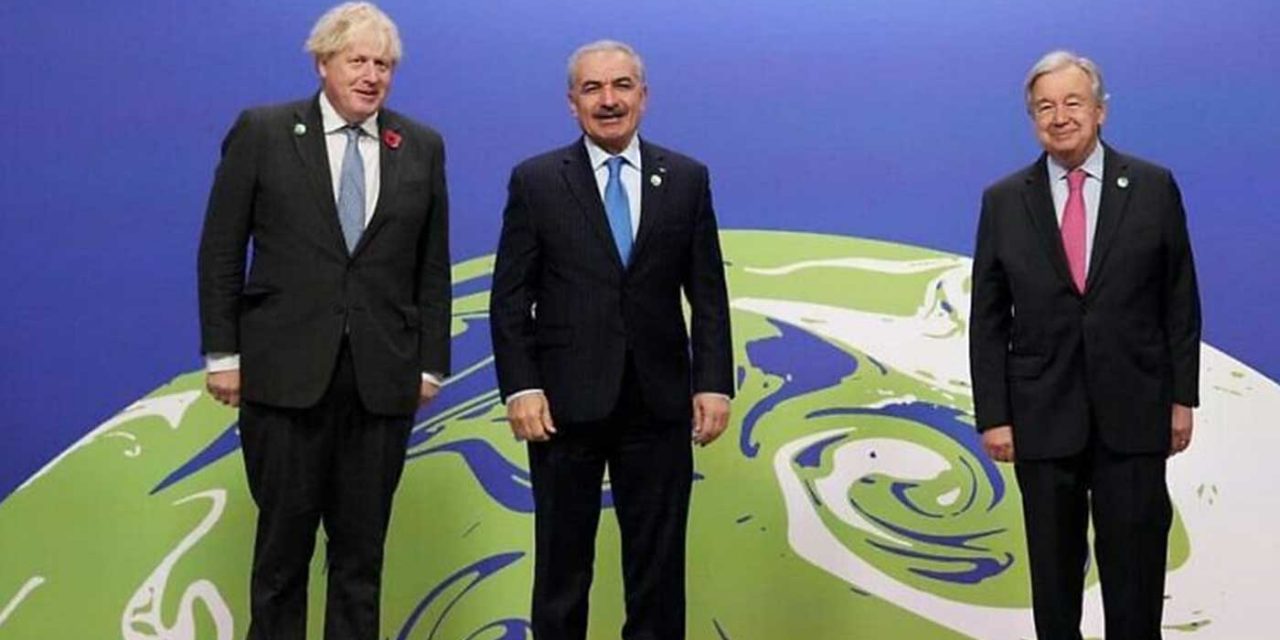 Palestinian Authority Prime Minister Mohammad Shtayyeh spoke at the UN Climate Change Conference (COP26) in Scotland this week where instead of offering solutions and insights he instead used the platform to blame Israel and make false and misleading accusations against them.

He claimed, “The way in which waste is treated by Israel, particularly toxic waste, as well as solid waste, are the principal causes of pollution in Palestine.”

Shtayyeh went on to claim that Israel has “stolen” Palestinian resources and accused the Jewish state of cutting down some 2.5 million trees since 1970, including 800,000 olive trees. He also blamed Israel for contaminated groundwater in the Gaza Strip and the country’s role in drying up the Dead Sea.

It should be noted that Israel has planted over 250 million trees since 1900, vastly improving the landscape and environment, despite the refuted claims the Palestinians make about Israel destroying trees.

Regavim, an Israeli NGO, has helped to correct the facts, calling the Shtayyeh’s speech “full of lies” and providing a Twitter threat showing how the Palestinian Authority themselves were the cause of pollution within Judea and Samaria (West Bank).

¹Yesterday at the #COP26, Prime Minister of the Palestinian Authority, Mohammad Shtayyeh delivered an antisemitic speech full of lies. He blamed Israel for pollution of “Palestinian nature”. The reality, of course, is the exact opposite. THREAD:

One benefit the Prime Minister did mention was that the Palestinians have adopted solar energy for their public institutions, including on 500 schools.

However, in terms of offering solutions, the Palestinian Authority came to the conference with nothing other than using it as an excuse to bash Israel.

Israel on the other hand is helping to lead the world in clean energy. Israel’s Prime Minister Naftali Bennett took a delegation of over 100 experts and offered the expertise of Israel that is at the forefront of global research and development. Read more here.