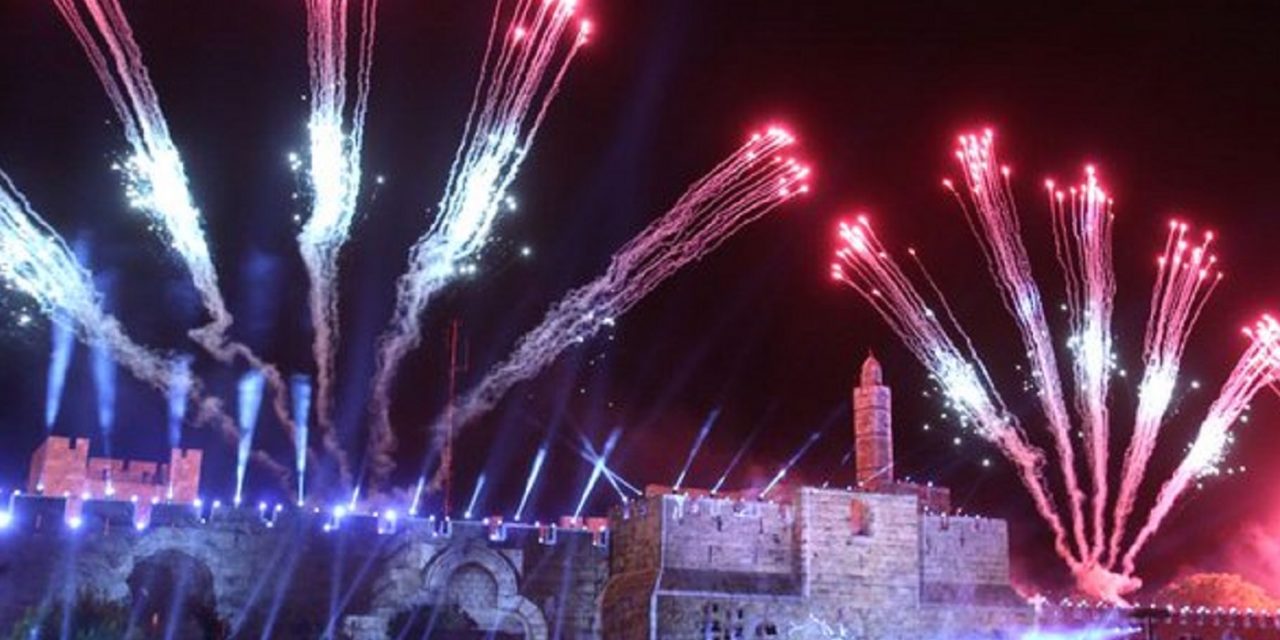 The walls of the Old City of Jerusalem were bathed in the blue and white of the Israeli flag on Saturday night, as Israel entered a week of celebrations marking the 50th anniversary of the reunification of the city.

During Saturday night’s event, a sound and light show was projected onto the walls of the Old City, including the Israeli flag and iconic images from the war.

It’s the start of a busy week for the city, which is also bedecked in American flags as the country geared up to host US President Donald Trump.