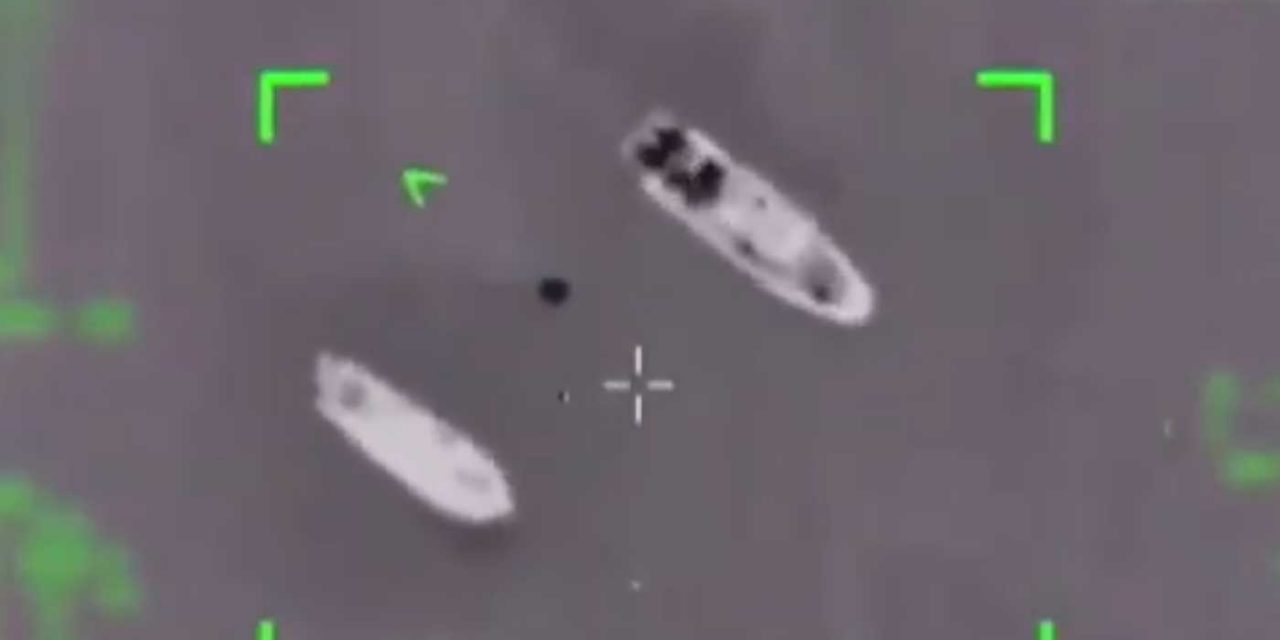 The IDF thwarted an attempt to smuggle materials, meant for manufacturing rockets, into the Gaza Strip in early May, the army announced on Friday morning.

Two Palestinian vessels entered the forbidden area in the southern Gaza Strip on May 11, in violation of the security regulations and the armistice directives. The navy seized the vessels and the four suspects on them were transferred for interrogation by security forces.

The Shin Bet investigation revealed that the suspects were on their way from the Gaza Strip to the Sinai coast. From Egypt, they intended to smuggle 24 barrels of fibreglass into the Strip, used by Hamas to manufacture missiles.

The suspects were accused of being associated with and attempting to aid Hamas, planning to carry our terror-related killings, and aiding terror organizations. (Source: JPost)

We thwarted a Hamas attempt to smuggle missile-manufacturing materials into Gaza.

This video shows more than just a boat being stopped…