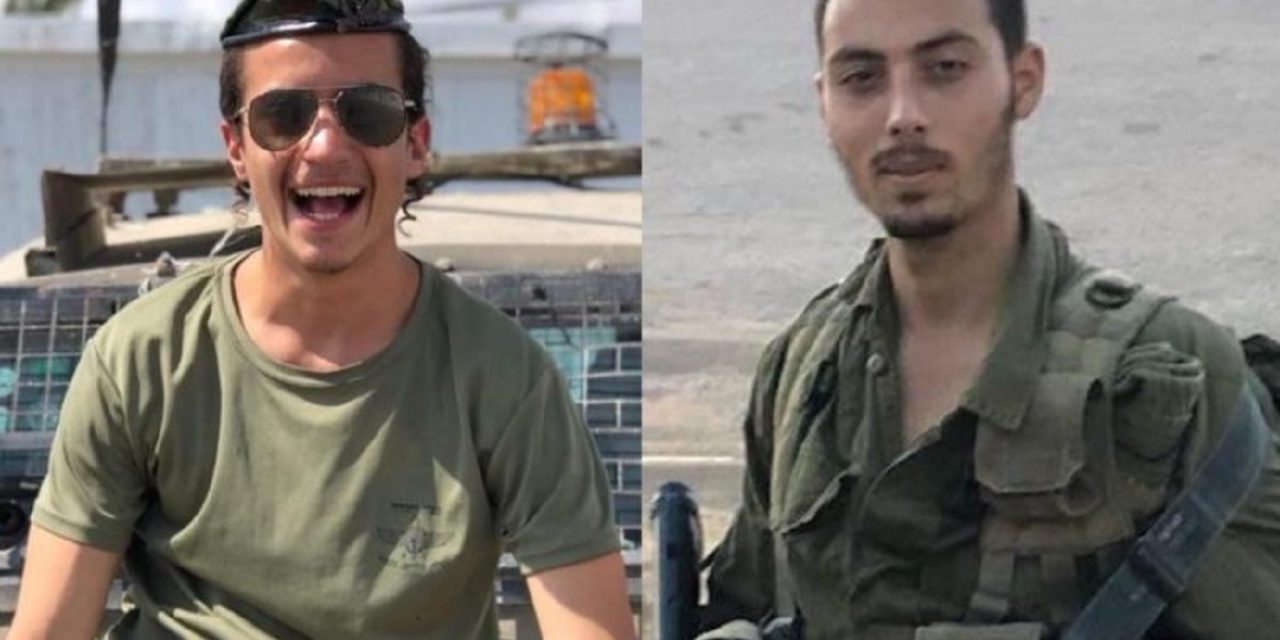 The IDF on Thursday night named the two soldiers killed in a terror attack earlier in the day near as Sgt. Yosef Cohen (L) and Staff Sgt. Yoval Mor Yosef.

Both soldiers served as infantrymen in the Israel Defense Forces’ Netzah Yehuda Kfir Brigade, a special unit for religious soldiers.

Speaking to the Israeli media on Thursday evening, Mor Yosef’s uncle said his nephew was supposed to arrive home for leave on Thursday, but offered to stay on duty to let other troops enjoy time off.

The army posthumously promoted the ranks of Mor Yosef and Cohen, whose families will hold funerals on Friday morning in Ashkelon and Jerusalem respectively.

In addition to the two casualties, a third soldier was critically wounded and was rushed to Jerusalem’s Hadassah Ein Karem Hospital for surgery related to the her injuries he sustained, while an Israeli civilian woman was also seriously wounded.

The shooting attack took place on Route 60 in Samaria’s Binyamin region near the Givat Assaf junction, where a suspect emerged from a car, sprayed shots, and then sped off in the vehicle.

The attack follows a deadly shooting in Ofra on Sunday where Palestinian terrorists targeted a pregnant Israeli woman and other civilians who were waiting at a bus stop. The attack resulting in the baby dying just days after being delivered by emergency c-section. Five others were injured in the shooting, including two Israeli children.