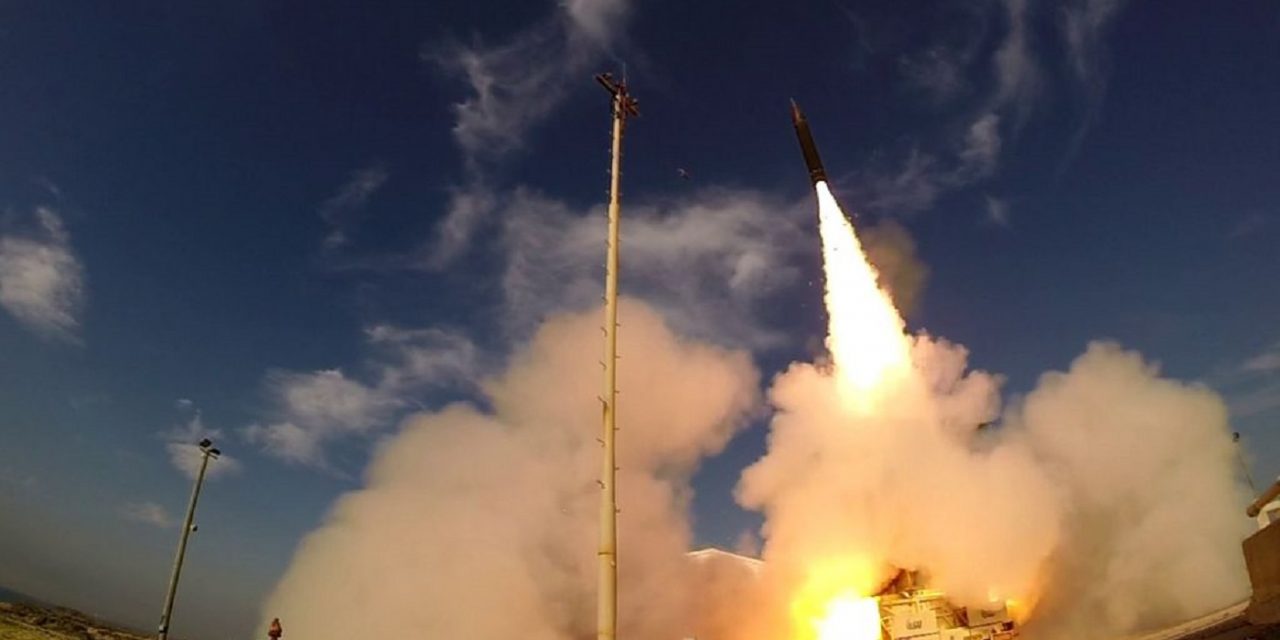 The Israel Air Force (IAF) intercepted Syrian rockets early Friday morning, using the Arrow defense battery for the first time. One reportedly landed in Jordan, and the other two in the Jordan Valley in Israel. No injuries or damage occurred.

The firing of missiles from Syria toward Israeli aircraft is unusual.

According to a statement by the IDF, “Overnight, March 17, 2017, IAF aircrafts targeted several targets in Syria. Several anti-aircraft missiles were launched from Syria following the mission and IDF Aerial Defense Systems intercepted one of the missiles.

“At no point was the safety of Israeli civilians or the IAF aircraft compromised.”

The IDF normally does not divulge information regarding its operations, but in this case made an exception due to the sounds of  explosions heard in Jewish communities in the Jordan Valley as well as in some areas in Jerusalem, where civilians were awakened close to 3 a.m.

The Arrow-3, Israel’s “multilayer missile defense, known as the world’s best, is comprised of different systems meant to protect against short- and long-range threats.

Reports indicate that the IDF had targeted aircraft to prevent the delivery of weapons to the Iranian-backed Hezbollah terror organization.