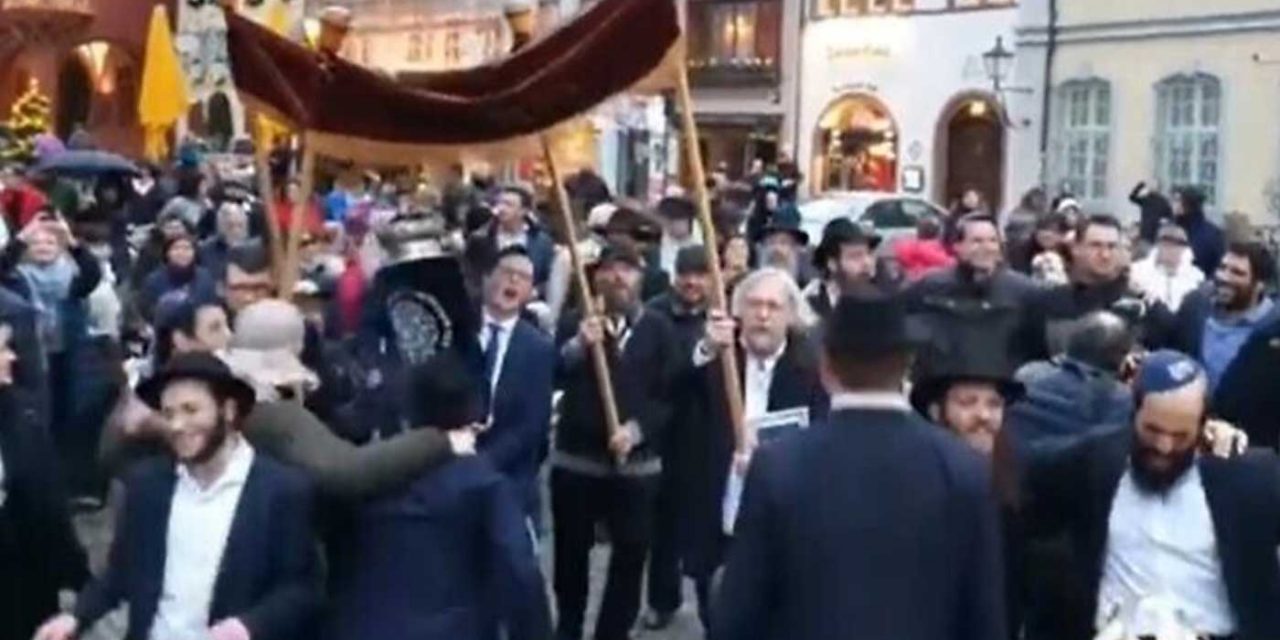 Hundreds of Jewish revellers danced down what was once known as “Adolf Hitler Street” in Freiburg im Breisgau in Germany this week as they welcomed a Torah scroll into their community.

“Today we proved that no matter what happens to the Jewish nation, we blossom and we are alive,” said Rabbi Yakov Gitler of the Chabad community in the city in southern Germany.

The road, once named for the Nazi dictator, was closed to traffic Sunday as hundreds of people danced and sang, carrying the sacred scroll.

According to Chabad, the scroll had been taken around Israel to families of terror victims, who wrote a letter in the Torah. The final letters were inscribed when it reached the Chabad centre in the city.

The Jewish community of Freiburg dates back to the Middle Ages but was largely destroyed during World War II. The community was re-established in the 1950s, and in 1985 the city-funded the construction of a new synagogue.