Hundreds of Israelis honour 6-year-old victim in Sderot run: “He would be very moved by the caring of the people of Israel” 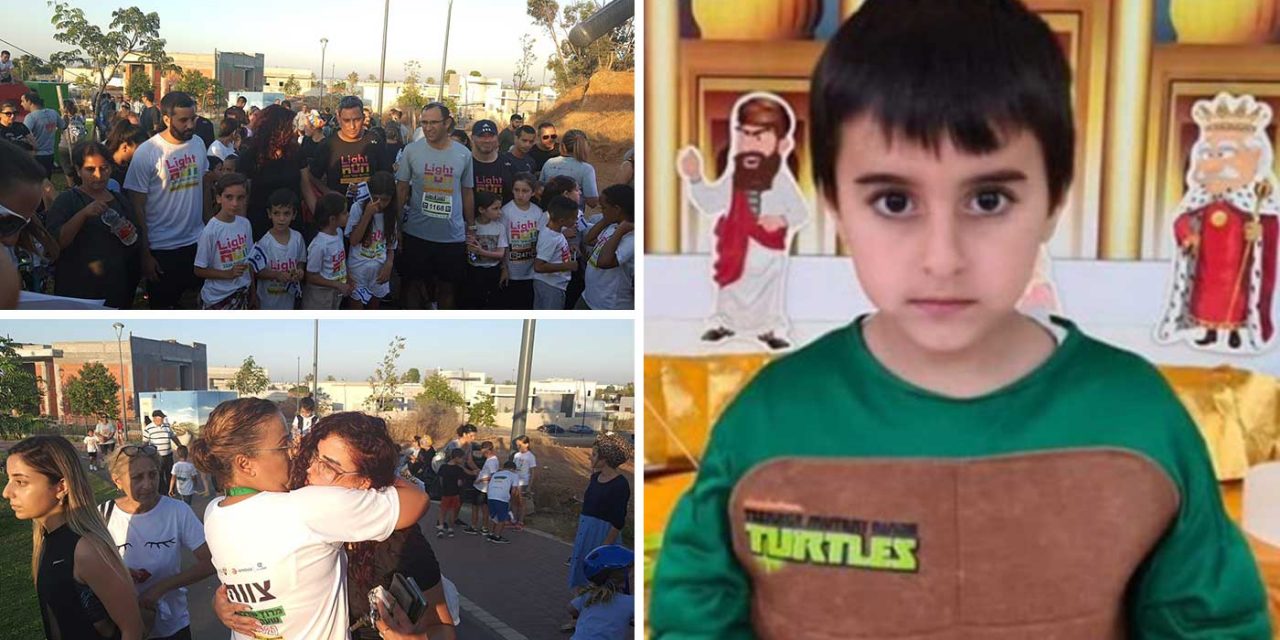 A race held in the memory of a six-year-old Israeli boy killed by Hamas rocket fire drew hundreds of participants on Thursday in his home-town of Sderot, near the Gaza Strip border.

Ido Avigal was killed on May 12, when his apartment building suffered a direct hit from a rocket fired from Gaza during the 11-day Operation Guardian of the Walls, and shrapnel pierced a window in the protected room where his family was sheltering.

Parents and children in Sderot celebrated his memory in the race on Thursday, Israeli news site Walla reported, including Ido’s parents Assaf and Shani, as well as their daughter and several cousins.

“Thank you to everyone who prayed for us. Thank you all for the support and the cover, it strengthens us very much,” said Ido’s mother Shani, who herself was hospitalized by the attack. “If ‘Dodka’ was alive he would be very moved by the caring of the people of Israel.”

She said her late son had left behind three “unwritten wills” — one to make sure people living in range of rockets fired from Gaza would be protected; one to teach his mother and father to be better parents; and a third to bring about his wish for solidarity among the people of Israel.

“I wish we could all spread unconditional love, and treat and love your neighbor as yourself, even if they are not like you,” she said.

Also in attendance, said Walla, were Sderot mayor Alon Davidi, the head of the Negev Council Ofir Libstein, and the commander of the Gaza Division, Brigadier General Nimrod Aloni.

“It is gratifying and exciting to see hundreds of runners from all over the country envelop Sderot with love and to know it by way of their feet,” Davidi said.