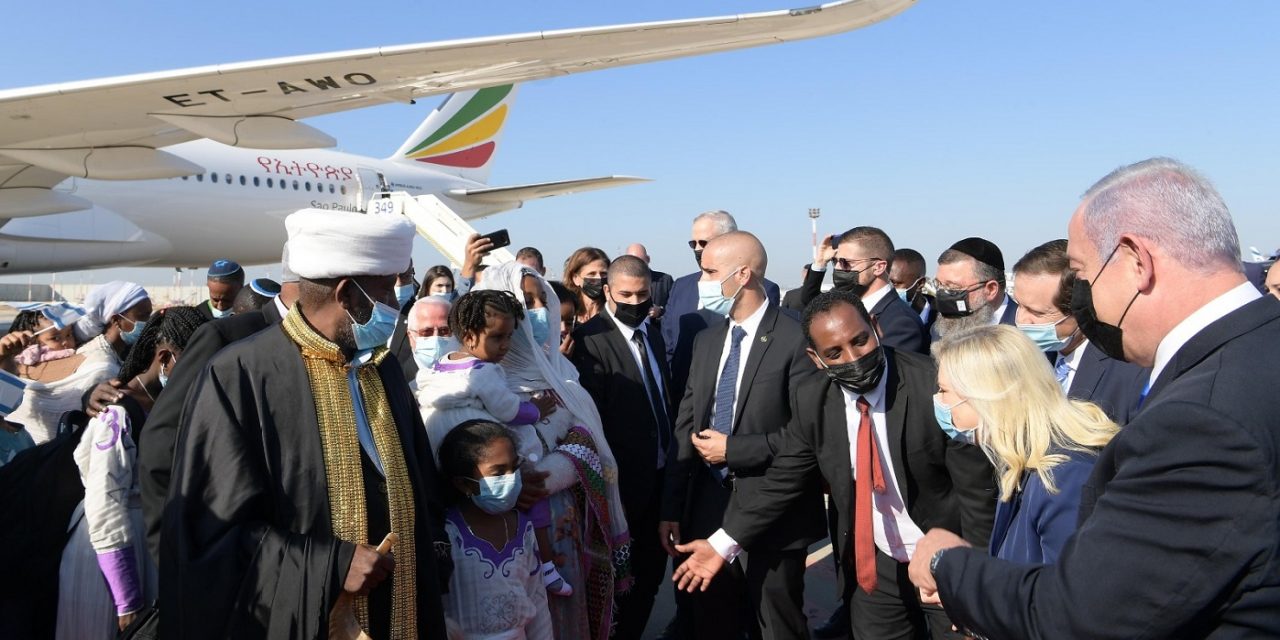 Waving Israeli flags as they came down the steps of the aircraft, over 300 members of Ethiopia’s Jewish community arrived in Israel on Thursday in a special airlift from Gondar headed by Absorption and Immigration Minister Pnina Tamano-Shata.

The celebratory arrival, attended by several of Israel’s leaders, marked the opening phase of a plan to bring some 2,000 members of the community to Israel from Ethiopia in what has been dubbed Operation Tzur Israel.

Critics have urged the government to speed the arrival of all 2,000, as well as thousands more community members estimated to be waiting to emigrate from the war-torn country.

The first of the 316 immigrants to emerge from the Ethiopian Airlines jet led a young girl with one hand and with his other blew a ram’s horn, or shofar, that in Jewish tradition is used to signal a moment of redemption.

Some of the passengers kissed the ground as soon as they reached the tarmac, another tradition for those arriving for their first time in the Holy Land. Many were dressed in traditional Ethiopian robes, and many women held babies in their arms. Festive Hebrew songs were blasted over loudspeakers.

"Brothers and sisters of ours, immigrants from Ethiopia, we are so moved to welcome you here. Welcome to Israel!" pic.twitter.com/BAmy5EP4lO