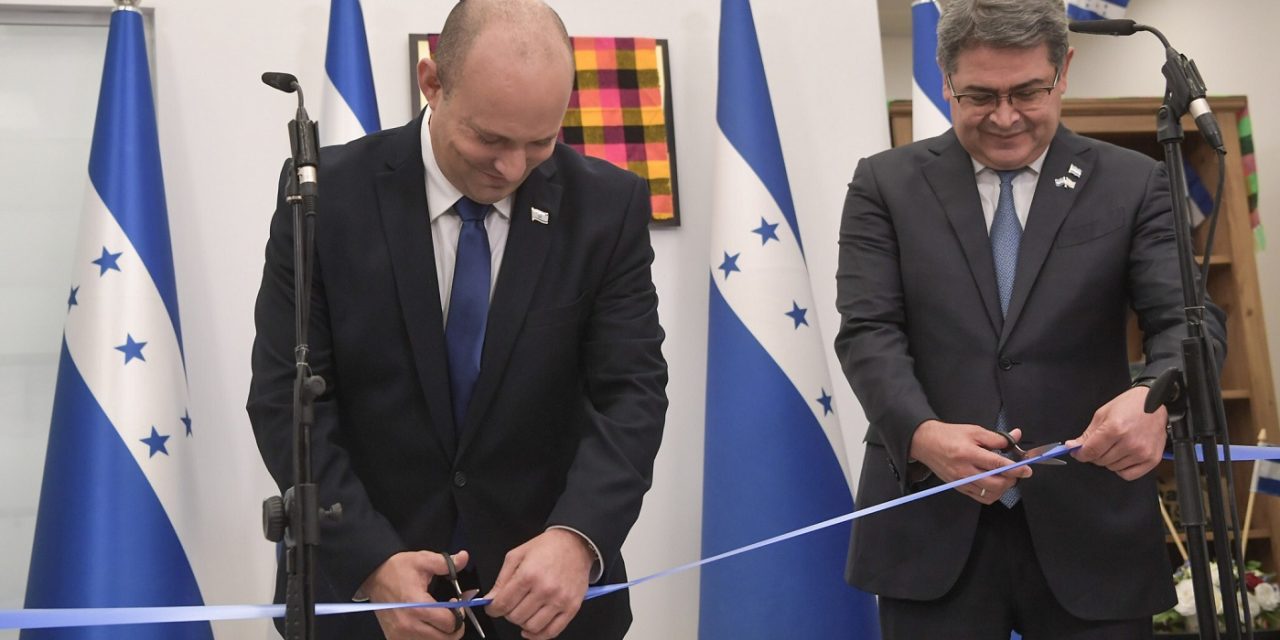 Honduras officially moved its embassy in Israel to Jerusalem on Thursday in the presence of Prime Minister Naftali Bennett and visiting Honduran President Juan Orlando Hernández.

“Mr. President, you are a true friend of Israel,” Bennett told Hernández shortly before the inauguration ceremony at the Technological Park in the Malha neighborhood of Jerusalem. “The Jewish people have a long memory, and you will be recorded in the pages of history as having done a brave and justified deed for the State of Israel.”

Thursday’s ceremony made Honduras the fourth country to open an embassy in Jerusalem, following the United States, Guatemala and Kosovo.

“We hope to continue building the solid relationship between our two countries,” Hernández tweeted after the event, referring to Jerusalem as “the eternal capital of Israel.”

Hernández noted that he first visited Israel 30 years ago to take part in a leadership development program run by Mashav, or the Agency for International Development Cooperation, which he called “a life-changing experience.”

He also pointed out that after he took office in 2014, Honduras became “one of the two countries in Latin America, and one of the five in the world, that most often abstains from the resolutions that Israel opposes.”

Bennett thanked him for his international backing of Israel.

“Under your leadership, Honduras consistently stands by Israel in international institutions when it is not always popular, and sometimes it also involves paying a price,” the prime minister told Hernández. “This is a testimony to our friendship — your willingness to take action… I want to thank you and the public in Honduras for this support.”

Earlier Thursday, Israel signed a series of cooperation agreements with Honduras on agriculture, health, education and innovation during a meeting between Bennett and Hernández.